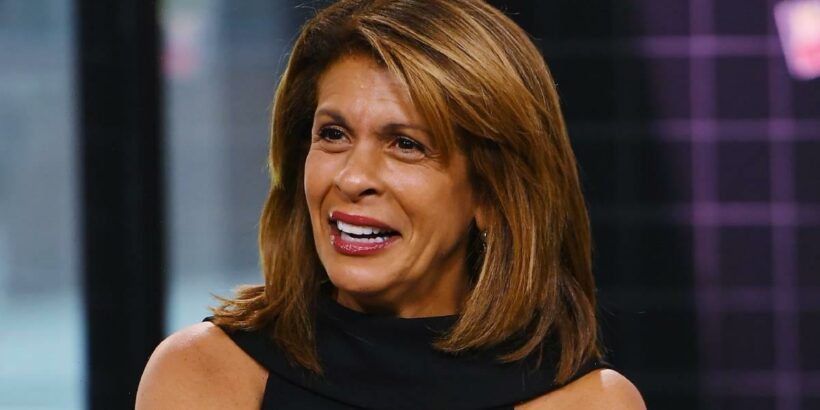 Hoda Kotb‘s absence was much noticed last week on Today, and despite there being many great fill-in hosts, fans were more than happy to see her back on Monday.

The NBC star was also incredibly quiet on social media during her time off, causing some viewers to worry where she was.

However, all was explained at the start of the week as Hoda filled in her co-host Jenna Bush Hager on what she had been up to over the past few days.

“We missed you!” Jenna told her co-star at the beginning of the fourth hour of Today.

MORE: Who is covering Hoda Kotb on Today? Meet her stand-ins

“I missed you too! I loved seeing you walk in, I felt like it was Christmas morning,” Hoda replied.

Telling Jenna where she had been, Hoda revealed: “I have been to this retreat and they take your phone away.

A post shared by TODAY with Hoda & Jenna (@hodaandjenna)

Hoda Kotb revealed where she was during her time off Today

“That was one of the things. And I’ve got to tell you, of all the thing, after going almost ten days without it, it was so funny as I walked out back into the world and what I noticed is that everyone was hunched over their phone.

“And no judgement as me too, right, but I looked around and every single person was hunched. And if you had slept for 30 years like Rapunzel, you would know that when you woke up, everyone’s looking at this tiny box and holding it like it’s gold.

Hoda was reunited with Jenna Bush Hager on Monday

“I was looking around and I asked myself the simplest question, ‘Was I happier with it or without it?’ and I was happier without it.” The mom-of-two then went on to explain that she had been converted to using her phone less.

MORE: Why isn’t Hoda Kotb on Today? All the details

Acknowledging that she still needs it for work and to contact her family, she said that she was going to be using it far less frequently from now on, and even gave her phone to a member of the Today crew at work so that she didn’t have it near her.

“I feel so free and so clear,” she told Jenna.