Holly Hagan took to Twitter to slam the cyberbullies and to defend any “fillers” she has had in the past.

She said: “I can’t understand why people feel the need to be so nasty to me over social media.”

Before continuing: “I might have some filler in my face but why do people only judge that and not who I am.”

Luckily, the nasty comments don’t seem to have stopped her from continuing to post on social media, as she wowed her fans once again this week with another sultry selfie.

Standing in front of a mirror with an unmade bed behind her, the 26-year-old captured a snap of herself with her phone.

Playing with her hair, the Yorkshire lass posed in a flamingo pink bikini.

The triangle top scooped around her ample bust, as the deep plunge neckline putting her hefty cleavage front and centre. 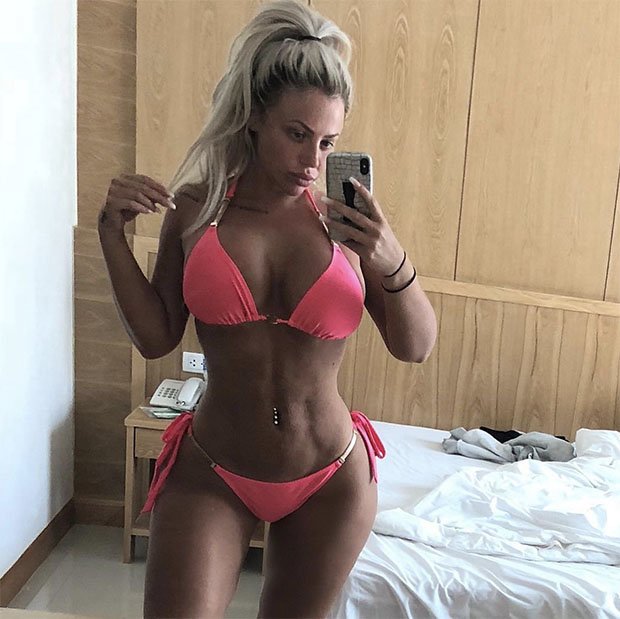 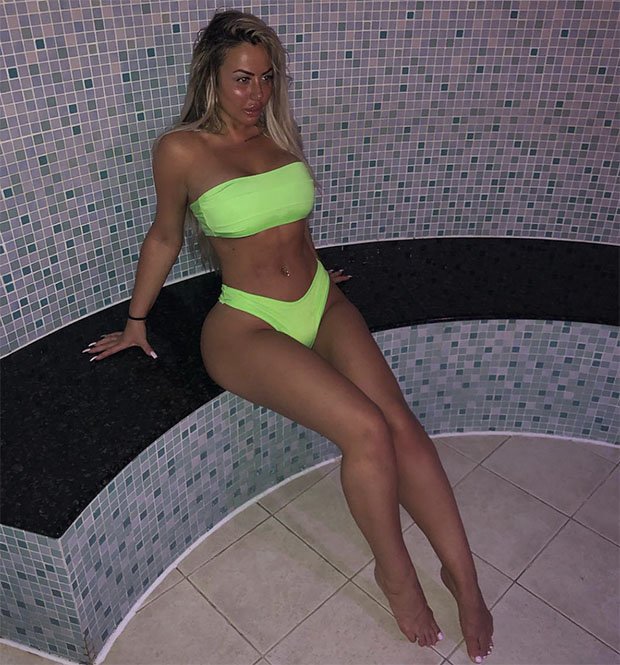 Her toned tummy and slender waistline were on full display, and her silver bellybutton ring cheekily caught the light.

Holly’s hair was pulled back in a loose ponytail, the platinum tendrils falling gently down her back.

She opted to wear no makeup whatsoever, letting her natural good looks do the talking. 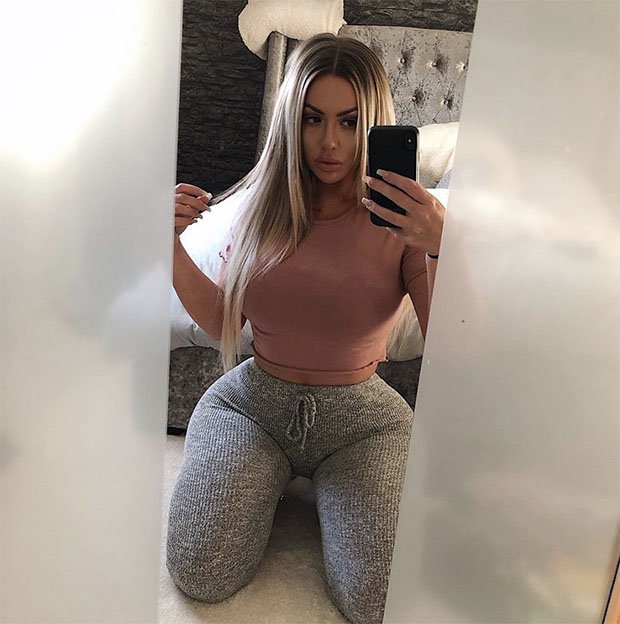 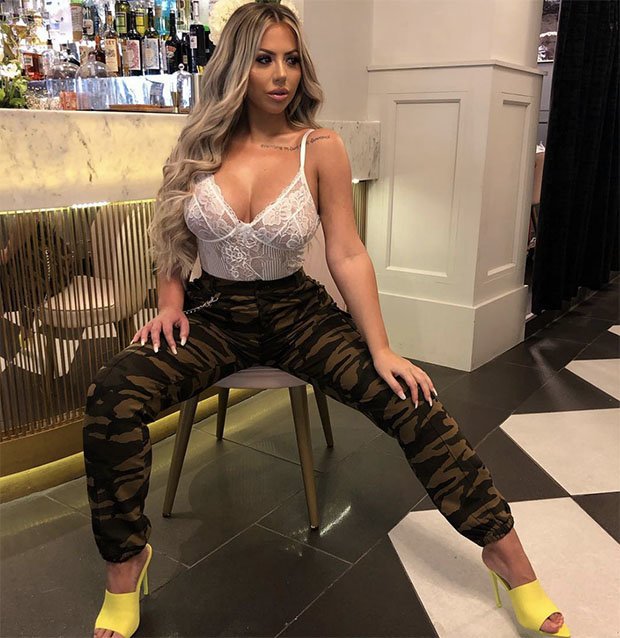 Looking fresh off the beach, the reality TV star’s skin glowed with a deep brown tan.

Her 3.7million followers had to pick their jaws up off the floor after laying eyes on the busty snap.

One admirer gushed: “Body is something else!”

As a second chimed: “Hubba hubba!”

And a third simply remarked: “That body…”

Much to the relief of her fans, it’ll take more than a few online trolls to keep her from snapping selfies.