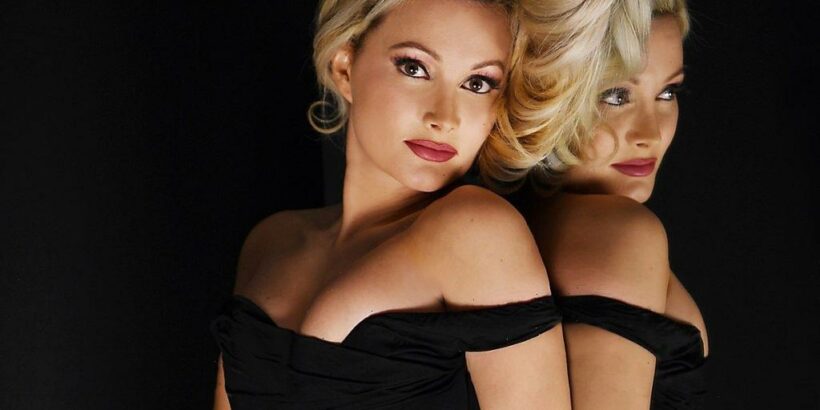 Hugh Hefner is one of those figures who looms large in American pop culture. Hefner’s public persona was often hard to parse, and he drew comparisons to men of fictional lore including Jay Gatsby (from The Great Gatsby) and Citizen Kane.

Best known for founding Playboy, Hefner’s name has become synonymous with sex and pushing the envelope on attitudes toward expressions of sexuality.

Holly Madison, a former girlfriend of Hefner’s, speaks highly of the man and the opportunities he gave her, but she admits that she’s happy he never fathered a child with her.

Hugh Hefner has a larger-than-life legacy

The first issue of Playboy magazine was published in 1953 when Hefner was just 27 years old. As The New York Times puts it, he was “a new father married to, by his account, the first woman he had slept with.”

Fresh off of a job at a Children’s Activities magazine, Hefner’s real life didn’t seem to have much in common with the suave, sophisticated, and sexy image put forward by the new endeavor. Playboy certainly drew attention. It angered conservatives who wanted to uphold Puritanical ideas around sex as well as progressive feminists who saw it as insulting to women. Regardless, it also drew in readers by the millions.

Hefner’s professional vision was far-reaching as well. His brand extended into movies, clothing, jewelry, and clubs.

While the magazine’s sales flatlined, no one could deny that Hefner’s brand of sexual freedom became the standard in American culture. In fact, the fading of the Playboy brand was largely due to its overall innocuous nature.

In a world where pornography was available at the push of a button, the images and ideas in Playboy seemed artistic — perhaps even quaint. Ultimately, Hefner’s libertarian philosophy toward sexual freedom became a mainstream perspective.

‘The Girls Next Door’ took viewers inside the Playboy Mansion

The Playboy Mansion stood as a symbol of exclusivity and excess. Stories of the luxurious and hedonistic experiences beyond the door permeated the culture, but actually getting a look inside was rare.

That is, until 2005. That’s when The Girls Next Door began airing as a reality TV series that took viewers inside the Playboy Mansion and introduced them to the women who lived there.

Wilkinson, who was just 19 when the crew approached her about starting the series, had concerns about how she would be perceived. She also admits that the show portrayed a “sisterly” quality between the women that did not actually exist.

“On camera, you saw us together and it was the trio,” she said. “But off-camera, we would disappear into our own little worlds. We never bonded. We were not friends.”

Holly Madison opened up about her time in the Playboy Mansion

Madison was one of the women who starred in The Girls Next Door, and she served as a Playmate as well as Hefner’s girlfriend. The two were in a relationship from 2001 until 2008, according to Us Weekly.

She recalled her time living with Hefner with a mix of gratitude for the opportunities he gave her and boredom over the arrangement. Calling most of her activities with Hefner “boring basic sex,” Madison admitted that she was glad she never got pregnant during their time together.

“I knew it was because of him. I was healthy. He was just too old,” she explained.

She also opened up about feeling the need to turn her time with him into something more valuable for her sense of self: “When I had first gotten into that situation and something happened in my mind that first night I had sex, where I felt like, ‘Ok I did that. I like breached my own boundaries and I wasn’t comfortable with it. Now I have to make this situation into something.’”