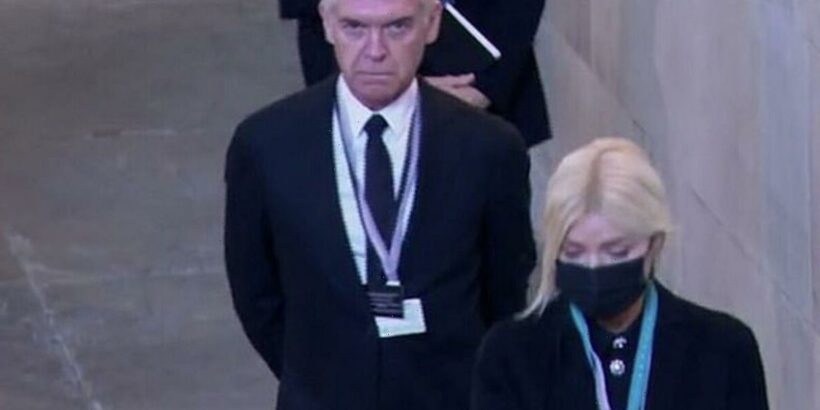 David Beckham, 48, has been praised by many for queueing for over 12 hours to see the Queen lying-in-state at Westminster. Twitter users have rushed to the microblogging site to hit out at Phillip Schofield, 60, and Holly Willoughby, 41, who “jumped the queue” to film a This Morning segment.

Think they’re better than the rest of us?

Holly and Phil cut sombre figures as they filmed a segment for Tuesday’s episode of This Morning at London’s Westminster Hall.

The TV duo joined a seperate queue for press and were taken to the press gallery, leaving Twitter users outraged as they skipped the long-line.

Journalist Joe Michalczuk fumed: “David Beckham in the queue for over 10 hours paying his respects to The Queen while Holly and Phil saunter in, skipping the line is a terrible look.

“Why do people like this think they’re special? Unless you’re Royalty or a foreign President you join the queue. End of.” 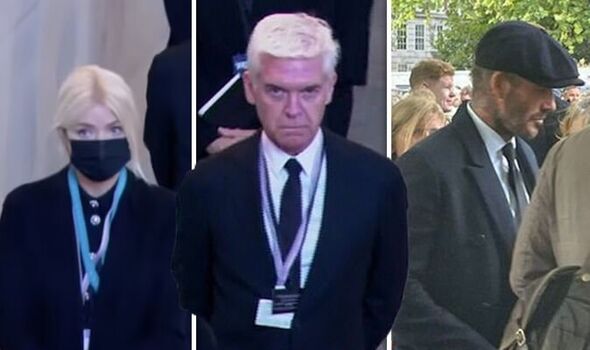 Dan Wootton wrote in view of his 450,000 followers: “The queue jumping of the Elizabeth line by the elite is a disgrace.

“Why does every MP (and their four mates), not to mention Holly and Phil, think they’re better than the rest of us?

“Unlike Susanna Reid who lined up for seven hours with her mum.

Other social media users fumed at the TV duo online for their “shameful” queue jumping.