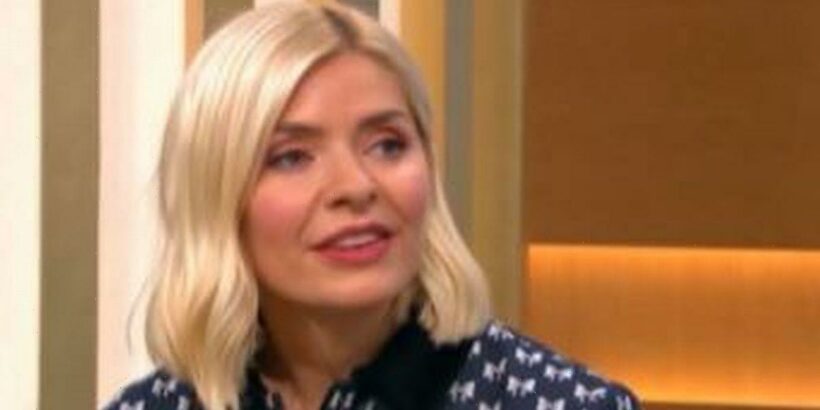 Holly Willoughby has admitted that she used to "lick cupcakes" because of her buttercream craving while pregnant with her children.

The admission came as she and co-host Phillip Schofield tucked into a delicious chocolate fudge cake while chatting to celebrity chef James Martin about his new cookbook, Butter, on Tuesday's instalment of This Morning.

"I know you're a big fan of buttercream," James told Holly, to which she responded: "It's my favourite thing in the world".

Holly, 40, added: "When I was pregnant, I used to buy like cupcakes, like 12 of them in a box, and I used to lick the icing off and sling the sponge."

"It was all I wanted!" Holly proclaimed.

After Holly detailed the extent of her love for buttercream during her pregnancies, Phil replied: "It's your Achilles heel, isn't it?"

"Yeah, it really is," Holly admitted.

Holly and her husband Dan Baldwin are also parents to Belle, nine, and Chester, six.

Bubby blonde Holly has been very busy on the professional front and recently admitted that she forgot her line during her Midsomer Murders cameo.

The presenter spoke about her upcoming role in the iconic TV series earlier this month during an interview with the show's DCI John Barnaby star Neil Dudgeon.

Holly joked: "Blink and you miss it!", she added: "It was one of the best days of my life – it was like Disney World for me! Seeing it happen in real time, how quick you all work, how you all know what you're doing, it was just so brilliant."

To which Neil replied: "Well we were all impressed – Holly just stepped up 'boom boom boom', delivered her lines marvellously and flawlessly!"

A giggling Holly insisted that he was being "very kind" as she revealed that this was "not quite true".

The ITV presenter said: "You are being very kind. That's not quite true, I forgot my line! I was so embarrassed to open my mouth and act, as you know that I'm not brilliant at that sort of stuff.

"I walked around and said to anybody that would listen to my two lines repeatedly at them over and over again!"