Democratic presidential contender Joe Biden may have kept missing his own deadlines to announce his running mate, but it was for a good reason. As Delaware Democratic Senator Chris Coons put it, Biden wanted a “trusted, reliable, capable partner” — a role Biden himself filled when he was Barack Obama’s vice president (via The New York Times).

So when the announcement was made on social media, Biden made it clear why Kamala Harris would be the one to fill those shoes. He tweeted: “I have the great honor to announce that I’ve picked @KamalaHarris — a fearless fighter for the little guy, and one of the country’s finest public servants — as my running mate.” He subsequently explained: “Back when Kamala was Attorney General, she worked closely with Beau. I watched as they took on the big banks, lifted up working people, and protected women and kids from abuse. I was proud then, and I’m proud now to have her as my partner in this campaign.”

Kamala Harris accepted the offer with grace: “@JoeBiden can unify the American people because he’s spent his life fighting for us. And as president, he’ll build an America that lives up to our ideals. I’m honored to join him as our party’s nominee for Vice President, and do what it takes to make him our Commander-in-Chief,” she said via Twitter.

With the official announcement, some of Hollywood’s biggest names came out in support of Biden’s VP pick. Sure, haters made their case known, as always, but these celebs are all in for Harris as their next vice president.

Comedian Julia Louis-Dreyfus who herself plays a VP on hit comedy show Veep tweeted: “@KamalaHarris @JoeBiden I’m thrilled! I have no joke to tweet. Simply thrilled. Let’s do this!” Singer John Legend also endorsed the selection: “Very happy for our friend and Senator and future Vice-President, @KamalaHarris, and very much looking forward to voting for the Biden-Harris ticket to begin the difficult work of recovering from this nightmare presidency and building an even better future.” Kerry Washington’s reaction was a simple yet snappy: “Yes We Kam!”

For comedian Mindy Kaling, the choice of Kamala Harris was personal. “Was there ever more of an exciting day? For our entire country of course, but especially for my Black and Indian sisters, many of us who have gone our entire lives thinking that someone who looks like us may never hold high office? We work so hard and contribute to the fabric of our lives in America, & now to see @SenKamalaHarris rise to the top like this? It’s thrilling!! I am filled with hope and excitement. Thank you @JoeBiden. Let’s do this!⁣” Kaling tweeted.

Hollywood's Time's Up campaign has Kamala Harris' back

Movie legend Rita Moreno also weighed in on Biden’s choice. She tweeted: “The bells are tolling! So proud and so excited at Kamala Harris’s naming by our future president, Joe Biden! She will undoubtedly chew and spit out any male OR female who takes her on. Well done, VP Biden!! Love and kisses, Rita Moreno, newly joyous Puerto Rican.”

But Hollywood is also preparing for a potential onslaught of racist and gender-based attacks against Harris. Actress Amy Schumer, a famous supporter of the Time’s Up campaign against sexual harassment tweeted: “The sexist and racist political attacks on @KamalaHarris have already begun. Let’s demand that the media keep these ignorant, bad-faith attacks out of their 2020 election coverage.” Let her know: #WeHaveHerBack” That tweet, as well as #WeHaveHerBack was picked up and retweeted by Debra Messing.

Perhaps no tweet was more consequential than the one that came from former president Barack Obama, who had Biden by his side as vice president, and knows how important that choice would be. He tweeted: “Choosing a vice president is the first important decision a president makes. When you’re in the Oval Office, weighing the toughest issues, and the choice you make will affect the lives and livelihoods of the entire country — you need someone with you who’s got the judgement and the character to make the right call. Someone whose focus goes beyond self-interest to consider the lives and prospects of others.”

Obama continued, “Joe Biden nailed this decision. By choosing Senator Kamala Harris as America’s next vice president, he’s underscored his own judgement and character. Reality shows us that these attributes are not optional in a president. They’re requirements of the job… I’ve known Senator Harris for a long time. She is more than prepared for the job. She’s spent her career defending our Constitution and fighting for folks who need a fair shake. This is a good day for our country. Now let’s go win this thing.”

British Actor Johnny Flynn Excavates the Past for Hidden Truths in ‘The Dig,’ ‘Stardust’ 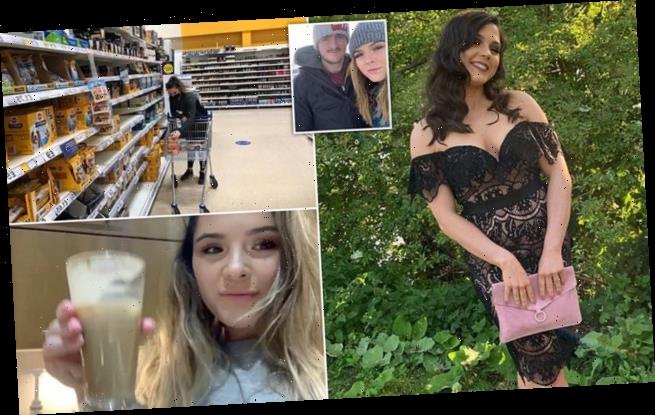 Couple who saved over £20,000 in a YEAR reveal their simple tricks