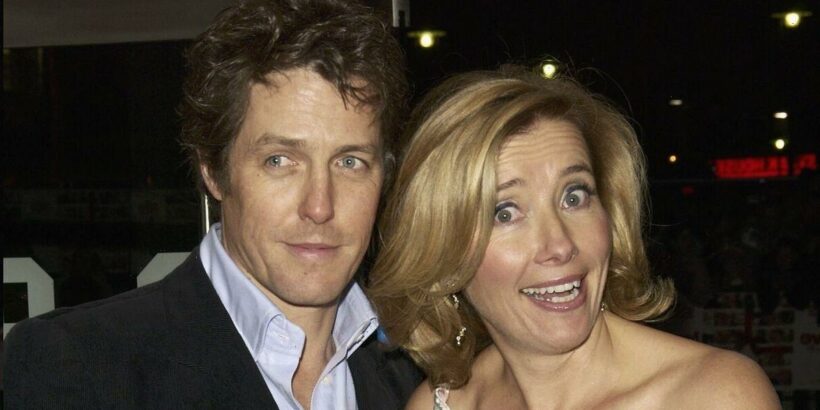 Love Actually star Emma Thompson has admitted she thought the romantic comedy was a bit “out there” when she first read the script. The 63-year-old played Karen in the popular hit movie which featured many more famous faces including Hugh Grant, Colin Firth and Martine McCutcheon.

Reflecting on the film almost 20 years on, Emma shared what she initially thought about the storyline.

She said: “I just sat there watching, thinking, ‘God, this is, uh, it’s quite kind of out there, isn’t it?’

“And then Hugh came up behind me as we were walking out of the theater and says, ‘Correct me if I’m wrong, but is that the most psychotic thing we’ve ever been in?'”

She added: “I just thought… what’s he talking about?”

“But the thing is with him, what you have to remember is, when he writes about love, he means it. And that is quite rare.”

The actors shared their thoughts during the new ABC special The Laughter & Secrets of Love Actually: 20 Years Later hosted by Diane Sawyer.

During the interview, the she revealed that Love Actually has been viewed more than 4.6 billion minutes by audiences all over the world.

The romantic comedy was initially released in 2003 and received mixed reviews from critics at the time.

It follows the lives of eight very different couples dealing with their love lives in various loosely interrelated tales all set over the Christmas period in London.

Hugh took on the role as the Prime Minister, but admitted one particular scene left him feeling awkward at first.

Many fans will remember the iconic moment he was caught dancing around 10 Downing Street to The Pointer Sisters’ song Jump.

The actor said: “I saw it in the script and I thought, ‘Well, I’ll hate doing that’.

“I didn’t fancy doing the dance at all, let alone rehearsing it.”

Producer Richard added: “I think he was hoping I’d get ill or something and we’d say, ‘Oh, well, what a shame, we’ll have to lose that dancing sequence’.

He went on to say he reminded the actor that he was contractually obligated to do the scene and he eventually agreed.

Hugh said he was actually the one who came up with the idea of having the Prime Minister’s secretary catch him dancing around.

He added: “And to this day, there’s many people — and I agree with them — who think it’s the most excruciating scene ever committed to celluloid.

Elsewhere, Richard was quizzed about the cultural differences since the film was made particularly in regard to inclusion.

The producer said he felt “uncomfortable and a bit stupid” about the lack of diverstiy in the movie, but was happy society “is changing”.