Keeping the feud going. Caroline Manzo couldn’t help but chime in following Teresa and Joe Giudice‘s sit down interview with Andy Cohen. On Monday, October 28, the day after the Bravo special aired, the Manzo’d with Children star, 58, shared two videos on her Instagram Stories.

In the first, she sang along with Whitney Houston‘s “If You Say My Eyes Are Beautiful.”

At the end of Sunday’s special, Teresa, 47, shared a Sophia Loren quote that she likes: “If you haven’t cried, your eyes aren’t beautiful.” She then added, “These eyes have done a lot of crying. I must have the most beautifulest eyes in the world.” 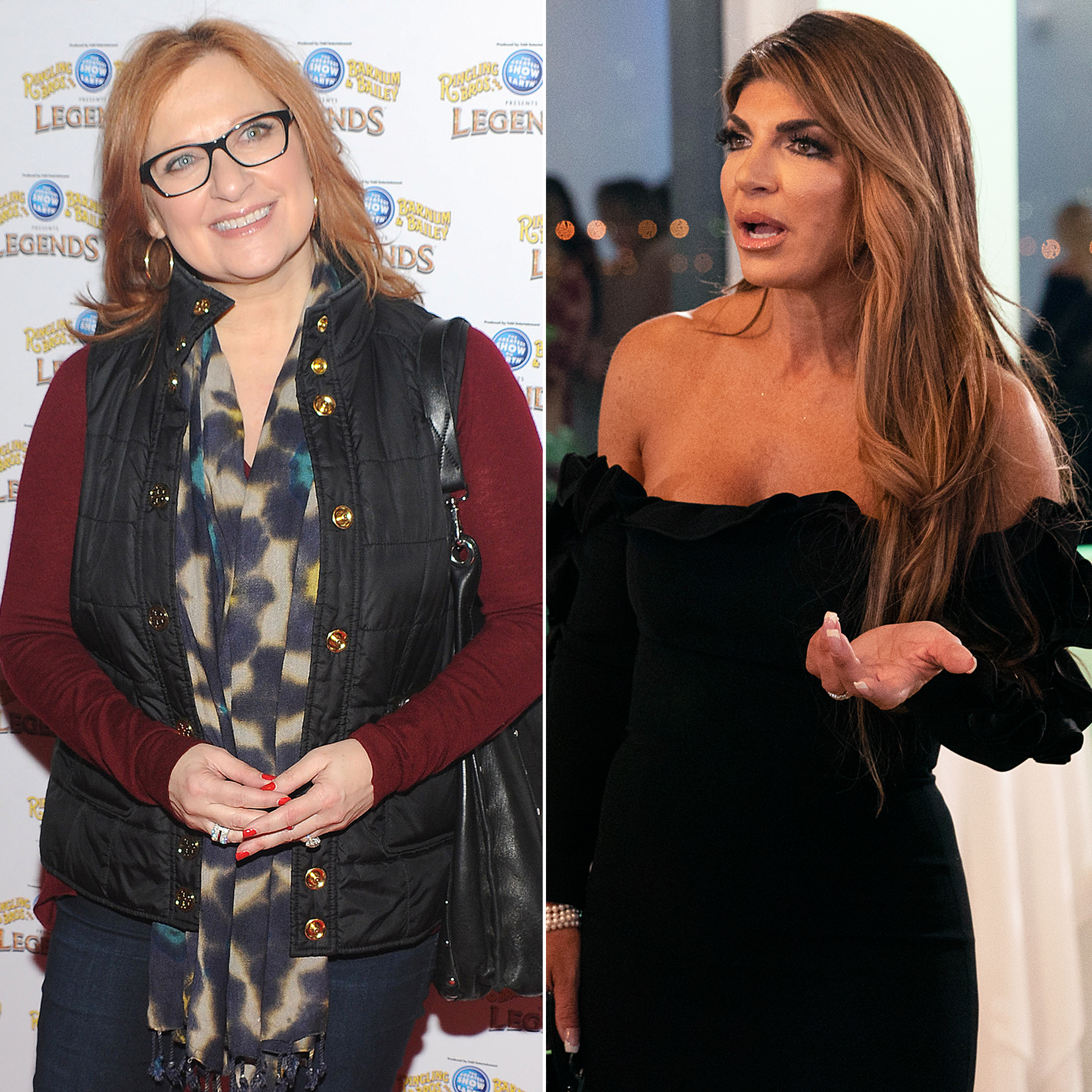 In the next video, Manzo stood in her kitchen speaking directly to camera. “I don’t typically dance or sing this early in the morning but I have to laugh,” the former Real Housewives of New Jersey star said while chuckling. “I couldn’t find the word ‘beautifulest’ anywhere. I’m sorry, but you’ll be hearing from me soon.”

While the interview, which featured Teresa sitting with Cohen, 51, and video chatting with Joe in Italy, mostly focused on the state of their relationship, they did touch on Manzo.

“It’s just so sad, I guess, because she’s lived that crooked life,” Teresa said of her former costar. “I’ve never lived that crooked life and I guess she has and who she comes from, and where she came from. … How could she predict that? Could she have anything to do with what happened to Joe and I? Is she a rat? By her saying that, why did she say that? Why? Those words would never come out of my life regarding anybody. Maybe [she called the feds on us]. You never know. Why would she predict those words?”

However, Joe denied that Caroline was the “rat,” adding, “I know who went to the feds. Let’s just forget that.”

The Let Me Tell You Something author and Teresa both appeared on the first five seasons of RHONJ. While they didn’t get along, Manzo sympathized with Teresa’s kids after Joe’s deportation news was announced in October 2018.

“So very sad to hear the news. Joe has been in this country since infancy. He’s made mistakes, took responsibility for those mistakes and served his time. He is not a violent person or a threat to society,” she told Us exclusively at the time. “He has four beautiful daughters that love their father and need him in their lives.”