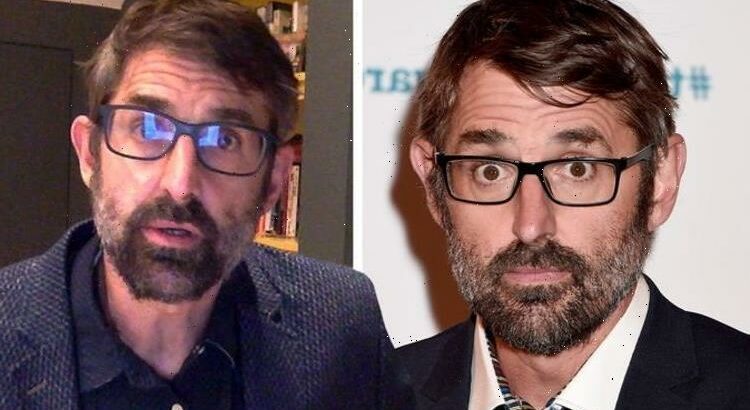 Louis Theroux discusses getting drunk on wine as a teenager

Louis Theroux, 51, is preparing himself for his three sons hitting the stage where they’re experimenting in their relationships, but the journalist admitted he may have a “rude awakening” ahead of him. Him and his wife Nancy Strang, share a 15, 13 and seven-year-old together, and intend to continue looking out for them and keeping an eye on them so they turn out “reasonably robust”.

She confessed that “destroyed” her brain and caused nightmares because some of the content was so violent and abusive.

It also affected what she expected in her relationships and with this in mind, Theroux admitted: “It’s something I’m conscious of, [but] slightly tuning it out.

“I tend to think it’s a legitimate cause for concern, but also that children raised by parents who are looking out for them and keeping an eye on them are reasonably robust.

“I’m on the cusp of my kids entering that stage of their lives, so I may have a rude awakening ahead of me.”

He added: “I haven’t even disabled the settings on my internet.”

“‘That’s not how people have sex. That’s people who are performing and doing things to satisfy consumers and don’t mistake it for how sex takes place.’

“It’s a classic old trope, isn’t it? That double-edged attitude to sexuality in general.

He also admitted to using it, and he’s not alone.

“I sort of see it as a bit like… maybe this sounds harsh, but it’s a bit like junk food, right?

“It’s not something you’re especially proud of using. But there are times in your life when you can’t get a decent meal, or you’re in a rush, or you’re just trying to get a need met.”