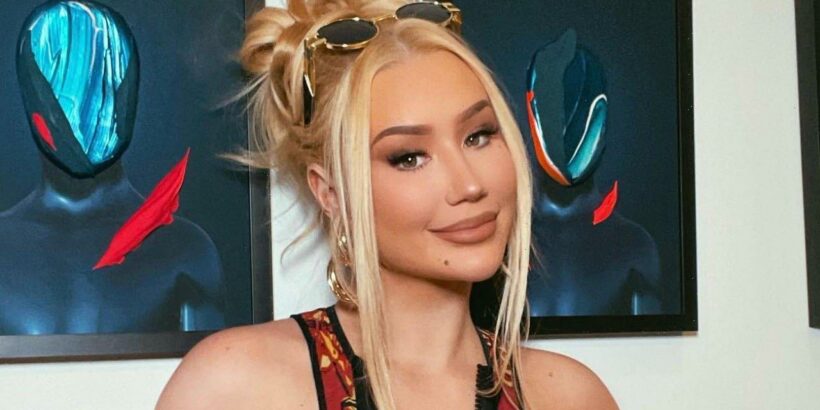 The Australian female rapper, who shares the toddler with her former partner Playboi Carti, posts the rare picture of the 2–year-old boy on her Instagram Story.

AceShowbiz –Iggy Azalea has treated her online devotees to a rare photo of her son Onyx. Along with the picture shared on Tuesday, July 26 on Instagram Story, the “Fancy” hitmaker gushed over the 2-year-old boy as she called him a “cutie.”

The image, taken by the beach, saw Onyx holding one finger up while smiling at the camera. In the accompanying message, his mom simply raved, “Onyx is such a cutie I can’t handle it.”

The post arrived after Iggy unleashed pictures from Onyx’s 2nd birthday bash back in May. In the photos, it could be seen that the party had a dinosaur theme with colorful balloons as well as a bounce house, slide and dino-shaped pinatas.

“Baby was sick last week so today we had his party! Happy Birthday Onyx!” the 32-year-old femcee wrote in the caption. “Being your mama is a joy, I love how kind you are to everyone, always sharing and always in good spirits… even when you’re sick, you still smile. I love youuuuu.”

Iggy shares Onyx with her ex Playboi Carti. The pair broke up in late 2020. After the split, the “Black Widow” raptress has taken the role of a single mom. She even took her baby boy with her while she was on tour.

Speaking about how it felt to balance motherhood and her career, Azalea tweeted last September, “4 shows in a row with a baby who wakes my a** up at 6.30am daily is a fully blown test on my body’s ability to recharge.” She added, “Taking a much needed two day break now.”

In April this year, the Australian native revealed that she has stopped all contact with his baby daddy because he has often talked “so badly” to her. After a fan told her, “He said so many nice things and thats whag you stuck on,” she fired back, “Youve been mislead [sic].”

“I don’t f**k with a man I’m not even remotely on good terms with claiming he pays my bills,” the mom of one continued. “Secondly saying nice things for an interview sounds great but in real life he talks to me like s**t so badly I had to stop all direct contact.”

“His team has been calling about the interview, hoping for my silence because they know what my reaction would be,” Iggy said, referring to Playboi Carti’s interview with XXL Magazine. “I do appreciate being called a great mom but when that’s not reflective of what he has to say in real life I’d much rather be left out of being mentioned at all.”