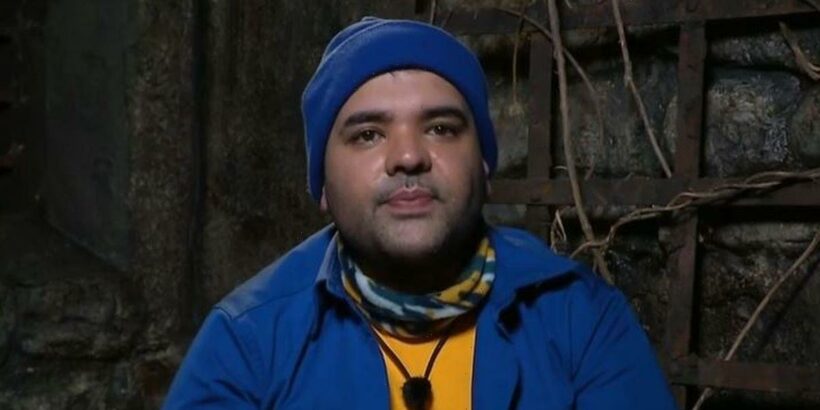 Naughty Boy melted the hearts of ITV viewers as a spiritual connection with a robin stopped him from quitting I'm A Celebrity… Get Me Out Of Here! after just one day.

On Monday night's episode, the music producer, real name Shahid Khan, said: "I can honestly say, the first night in The Clink, I woke up traumatised.

"But I had no one to blame but myself. I was even questioning, should I be here?" he candidly confessed before a clip showed a robin landing next to where he was standing.

Speaking directly to the little bird, the 36 year old sweetly said: "Good morning. How you doing? Come to chill with me?… Yeah, I feel the same."

In the Telegraph, the star, who lives with and cares for his mum Zahida, who was diagnosed with vascular dementia in 2019 following a stroke two years prior, explained: "A robin flew in. I felt something.

"That robin's here to see me. We chilled for a bit.

"Yeah, I was thinking that robin came with a message and all that message is is everything's going to be OK."

With his worries about being on the show eased, viewers couldn't help but note the sweet interaction on social media.

A third added: "Its gotta be said going into this Naughty boy wasn't one of my favourites but after that little interaction with the robin was adorable #ImACelebrity.

"5 minutes in and naughty boy is talking to a robin, this is gonna be a good episode #imaceleb #imacelebrity," another added.

It was also added by another viewer: "How lovely is Naughty Boy! Talking to the Robin in the morning. I think he's my favourite. #ImACelebrity."

Someone else wrote: "Naughty Boys exchange with that robin is the most intelligent exchange you'll hear all series #ImACelebrity #ImACeleb."

This came after a tumultuous first day for the DJ, who was reprimanded after sneaking in a blend of spices to camp.

Naughty Boy hoped he could add some flavour to the rice and beans by adding his bespoke blend of herbs and spices to the pot.

However, the star was seen having his spices taken off him on the first day, dashing his dream of cooking up a storm in the castle.