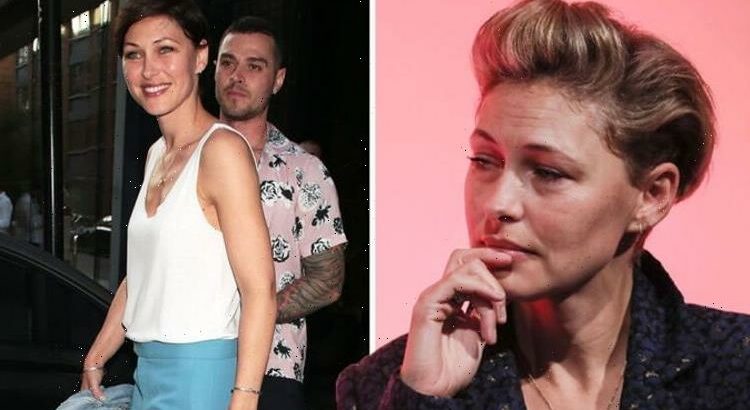 Emma Willis, 46, and Matt Willis, 38, have enjoyed marital bliss for the past 14 years. The Voice presenter’s husband has avoided a Strictly Come Dancing appearance after she admittedly banned her other half from taking to the dancefloor.

Her comments come after Emma is set to join forces with Nick Grimshaw on the Channel 4 show, The Great Home Transformation, which airs tonight.

The TV star lives in a £1.7million home in Hertfordshire with her husband Matt and their three children – Isabelle, Ace and Trixie-Grace.

However, in an unearthed interview, Emma admitted that she would not like to see her spouse on Strictly.

The on-screen star revealed that her spouse is an “amazing dancer” but she’ll be keeping his moves under wraps for the time being.

She said: “Matt could do Strictly because he’s an amazing dancer.

“Every now and then he will bust out a pirouette in the middle of the living room and our daughter will be like, ‘Wow, Daddy!'”

Emma joked that she wouldn’t like to see her other half getting too close to the other dancers while performing.

She commented: “But I don’t want him grinding against hot women. I do get jealous, but I think that’s normal.”

Speaking to The Mirror in 2016, Emma added: “I’m a jealous person. If my husband is around a younger, good-looking woman, I’m like, ‘Stop looking at them!’

“We’re women – and for the most part, I think it’s a natural thing that we all have in us.”

Matt has since addressed his Strictly debut and revealed he has turned down taking part in the show several times.

The Busted bandmate confessed that the thought of taking part in the show “terrifies him”.

Matt said: “The idea of Strictly terrifies me. I’ve been asked a few times and always said no. Can you imagine standing there and suddenly you hear: ‘Tonight, dancing the cha-cha-cha, it’s Matt Willis!'”

He added to OK! magazine: “You know something like £12 million people are watching – no thanks. There’s not a chance that I’d be able to cope with that kind of pressure.”

Interestingly, after his McBusted bandmate’s win Harry Judd in 2011, Matt had said that he would take part in Strictly “at some point”.

He’d mused at the time: “There’ll be some sort of dancing show in my future, I am sure. Not this year, but it’s a given, isn’t it? At some point.”

Meanwhile, Emma is set to return to viewers’ screens for a new Channel 4 series for a “smart design at home”.

The designer Alex Dauley examines heat maps to see how each member of the family interacts with the space.

Her team has three days to unload the chosen items and transform the home – without making any structural changes.

The Great Home Transformation airs tonight on Channel 4 at 8pm.