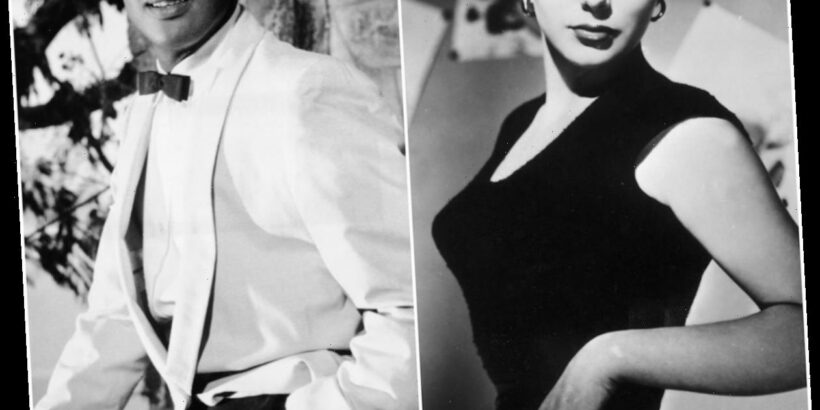 Soap opera star and Hollywood icon Joan Collins has had her share of affairs on the small-screen. But in her 2013 autobiography Passion For Life, the legendary actor revealed that she’d had many steamy flings in real life with some of the most sought-after men in the entertainment industry — including celebrated actor Harry Belafonte.

Collins’ first known Hollywood romance was with Northern Irish actor Maxwell Reed. In her autobiography, the Dynasty actor revealed that she had “stupidly allowed myself to be deflowered” on her first date with Reed, who was 14-years her senior.

“Technically, he raped me by giving me a strong ‘Mickey Finn’ drugged cocktail disguised as an ordinary rum and coke,” Collins writes in her book, per the Daily Mail. “The act, if you can call it that, was awful and degrading. He ripped off my clothes when I was unconscious and I was violently sick afterwards.”

But despite Reed having taken advantage of her, Collins still went on to date him.

“However, because I’d ‘done it,’ which nice young girls seldom did then, I attempted to wipe the incident from my mind and actually started dating him,” she continued. “Oh, foolish child. At just 18, I was about as au courant in the ways of the world as 11-year-olds are today.”

In 1952, Collins and Reed tied the knot. However, their marriage only lasted four years as the Hollywood starlet divorced Reed in 1956.

A few years after her split from Reed, Collins met legendary actor Harry Belafonte on the set of the box-office hit, Island in the Sun. Not long after meeting, the two began having an affair, even though Belafonte was a married man at the time.

“He was 31, six foot one, with melting brown eyes, a strong nose and close-cropped black hair. His sexual allure was accentuated by tight trousers and a shirt opened to reveal caramel- coloured skin,” Collins reminisces in her book. “Although we had no scenes together, the all-British crew teased me relentlessly when they noticed how often Belafonte — who was married — threw me suggestive glances…He was mesmerising, and we soon began an affair, away from prying eyes, in my tiny apartment.”

Though Joan Collins was mesmerized by Harry Belafonte, their affair was brief

While it’s unclear how long Collins and Belafonte’s affair lasted, their scandalous escapade eventually came to an end.

“After a few exciting liaisons, we knew we had to cool it,” Collins penned. “He went back to his wife and I moved on.”

Following her affair with Belafonte, Collins vowed to stand clear of married men. However, MGM producer George Englund, who was married to actor Cloris Leachman, had come along and Collins couldn’t resist falling for him.

The two began a full-blown affair that lasted 18 months. But after Collins learned that Englund was still sleeping with Leachman, she ended their relationship.

Though it was starting to seem like the universe didn’t want Collins to experience true love, fate eventually stepped in.

In 1959, the Hollywood starlet met fellow actor Warren Beatty at an LA restaurant. He was 22, she was 26.

She writes, “He was good-looking but — as he used to tell me — there were better-looking and younger guys out there, which is why he sometimes told people he was 20.”

Though Collins didn’t fall head over heels for Beatty initially, she believed they were “very compatible,” which helped their romance blossom pretty quickly.

Eventually, Beatty proposed to Collins “with a large gold ring studded with pearls.” However, the couple never made it down the aisle as rumors of a string of high-profile flings on Beatty’s part (Natalie Wood, Diane Keaton, and Goldie Hawn, to name a few) soon put an end to their romance.

“For me, though, Warren Beatty was just a rebound.” Collins writes in her book. “And, young as I was, I really should have known better. The last time I saw him was at a Hollywood screening.”

After her break up from Beatty, Collins went on to have several marriages and short-lived flings with notable figures in Hollywood.

However, there’s only one man who was able to capture the starlet’s heart, and that’s producer Percy Gibson, who she married in 2002 and has been living happily with ever since.