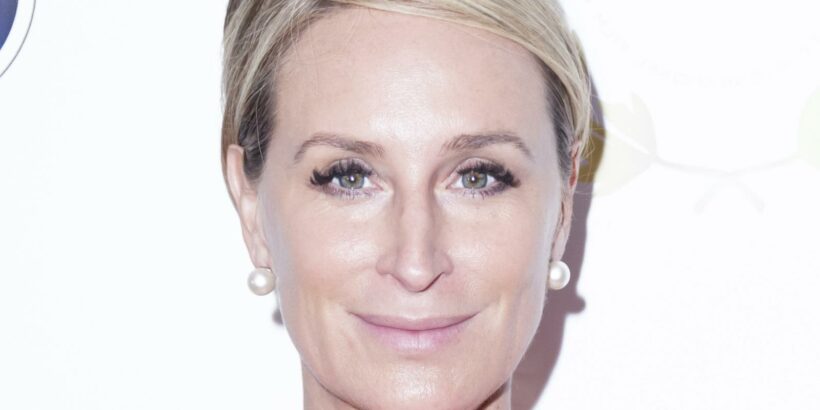 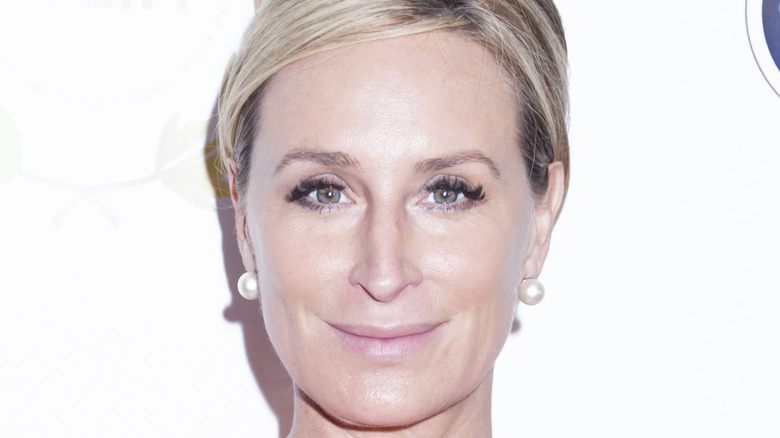 Eccentric star of Bravo’s “Real Housewives of New York”, Sonja Morgan, often leaves nothing to the imagination, having stripped nude on the series a number of times (via Radar Online). However, when it comes to her relationship with ex-husband John Adams Morgan, son of Morgan Stanley and great-grandson of J.P. Morgan, we still have many questions. Clearly, Morgan still carries a torch for her ex-flame and has even broken down on camera to defend the Morgan name giving us the iconic quote, “You don’t touch the f****ing Morgan letters!” (via YouTube).

The self-proclaimed “entrepreneur” was married to her ex from 1998-2006 (via Distractify), but she’s never outright confessed the reason for her divorce. In a Season 10 episode, “RHONY” co-star Dorinda Medley let slip in an argument that “her husband left because people were f***ing around” (via BravoTV), implying that Morgan had been unfaithful to her beau. We’ll never know the real reason for Morgan’s failed marriage, but in an episode of “Millionaire Matchmaker” she revealed that dealing with a public divorce was “very hard.” Morgan stated, “I had to figure things out rather quickly” (via YouTube). We’ve pieced together some key facts about Morgan and her ex-husband that may contribute to their relationship, or lack of relationship, the two New Yorkers share today.

Sonja Morgan was accused of being a gold digger 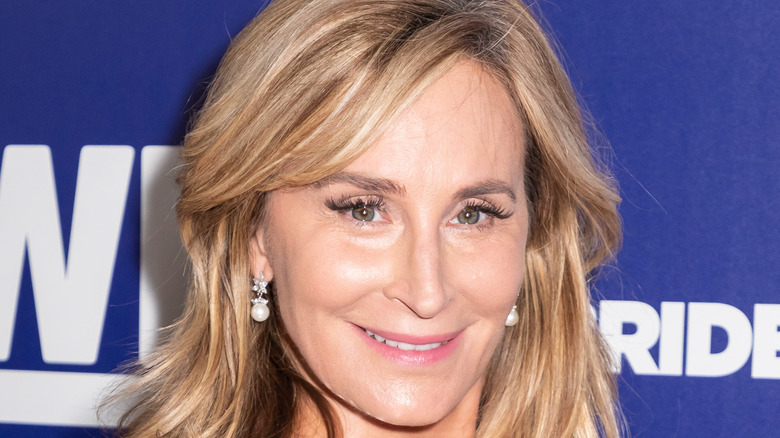 Morgan met her ex-husband in 1998 while hostessing at New York City hotspot San Pietro. John Adams Morgan and Sonja Morgan went on their first date together after reconnecting in Aspen and, falling victim to love at first sight, John ended their meal together with a proposal (via Distractify). Sonja truly married the bank when she tied the knot with John, and this left the public skeptical about whether or not her love for him was genuine.

John had many assets due to his family connections, but also secured funds in his own right with the creation of Morgan Joseph & Co. banking firm (via Screen Rant). As a hostess and FIT graduate, it’s doubtful Sonja had much to contribute when the couple bought their infamous New York townhouse for $9.1 million. But it wasn’t just the disparity in bank accounts that made many doubt their relationship’s longevity (via New York Post).

Sonja was John’s fourth wife, having previously been married to Elizabeth Robbins Choate, Tania Gross and Anne Chute. John’s previous marriages hinted at a pattern of playboy tendencies and a lust for young women (Sonja is 33 years his junior). In Season 12 of “RHONY”, former co-star Elyse Slaine even referred to Sonja as John’s former “accessory.”

Unfortunately, public rumors were proven correct after eight years of marriage when the two split in 2006 (via The Daily Beast).

Sonja Morgan and her ex have a daughter together 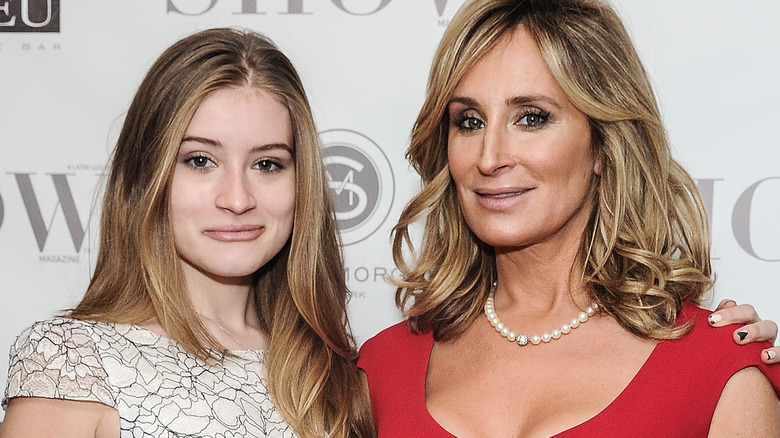 Morgan and her ex gave birth to daughter Quincy Morgan in 2000 (via Screen Rant.) Her name is an homage to ex John Adams Morgan’s ancestors, Presidents John Adams and John Quincy Adams. While Quincy and her mother share a startling resemblance, her daughter is much less accustomed to being in the spotlight. According to People, the college student only recently made her social media accounts public (via Instagram).

Quincy, who goes by Q with friends and family, is also taking a different path than her mother’s road to reality TV fame. She’s been painting for over 11 years and is a self proclaimed “multimedia studio artist” (via Quincy A Morgan) with a separate Instagram account for her artwork. In an interview with Reality Blurb, Sonja revealed why her daughter never made an appearance on “RHONY” stating, “I married into a very important American family and I honor the responsibility of raising my daughter into the legacy she was born into.” While we’re sad to have missed out on watching Q grow up, we certainly respect the decision.