Facebook is still trying to train people to purposefully head to the social network for video.

And more recently it’s been trying to teach them that ads are part of the deal — while gradually helping publishers make a few bucks.

A year into launching Facebook Watch — the dedicated video tab that contains entertainment and news shows — Facebook is leaning heavily on publishers by funding content for the platform. Those shows run the gamut from a vertical-oriented version of Anderson Cooper’s CNN news show to “Ball in the Family,” a reality show that follows Los Angeles Lakers point guard Lonzo Ball and his family.

Now, some publishers say that they’re beginning to see real — albeit small in the realm of total digital ad dollars— money-making potential from Watch as Facebook is testing more pre-roll ads while also adding more video to run ads alongside.

At the same time, video inventory is critical for Facebook as it looks beyond its massive newsfeed to make money, which Facebook execs stressed to investors during its recent earnings call.

“There’s diversification within Facebook as a platform that I think is exciting and offers new opportunities to connect with audiences in different ways,” said Ken Blom, VP of branded distribution at BuzzFeed. 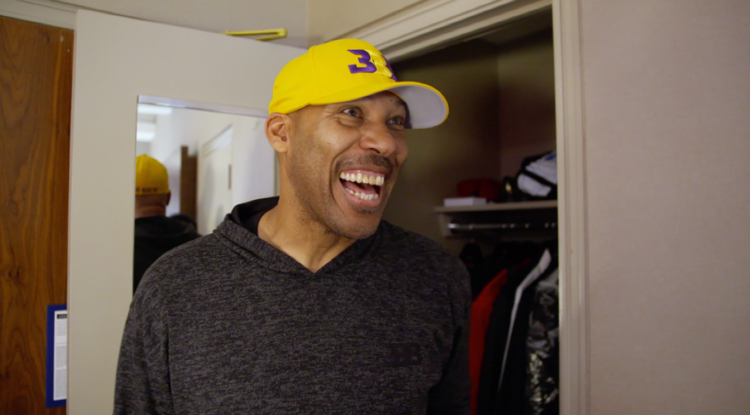 BuzzFeed is part of a small test of publishers experimenting with selling some of its own Facebook video inventory. In most cases, Facebook fills the inventory programmatically and uses a tool that can automatically detect the best place for an ad break within a video.

With Watch, publishers make money from pre-roll and mid-roll ads that run either before or during a video. Facebook also offers a “non-interruptive” ad format with cards that pop up on the screen while a video plays.

All three formats fit under Facebook’s ad breaks initiative, which is a revenue-share program that lets publishers keep 55% of ad revenue while Facebook keeps the other 45%.

In recent months, Facebook has steadily upped the number of ad breaks served to videos. To qualify for ad breaks, videos must be at least three minutes long and a mid-roll ad cannot run until the one-minute mark.

However, Blom and other publishing execs stress that Facebook is not going crazy with stuffing ads into videos. Unlike Facebook’s newsfeed, where publishers rack up millions of video views instantly, Watch generates significantly smaller audiences. BuzzFeed’s main page for Tasty, for example, has more than 94 million followers while its show Tasty Presents has 1.7 million followers.

“It’s not an insane ad load to where it would drive users away but if you’ve watched two or three minutes of video, we hope in the Watch environment that you’re going to stay on what’s next,” Blom said. “Facebook will talk about ‘intentionality’ as the metric that they think about for Watch.”

Oren Katzeff, head of programming at Tastemade, called the rollout of ads “methodical” and stressed that its slate of Watch shows appeals to a different set of users than those who scroll through the newsfeed quickly.

“Over time, as the demand does increase and the audience does increase, we’ll be perfectly positioned,” Katzeff said about the publisher’s weekly rotation of shows.

Publishers see pre-roll as an important step for Watch

Facebook has long eschewed pre-roll ads in its news feed. The company has resisted hijacking that scrolling experience with autoplay ads.

Pre-roll ads are viewed as more acceptable in Watch, where people are likely choosing to watch video.

To be sure, the current test with pre-roll ads is small and is limited to videos that consumers find by searching for specific shows or Pages.

According to Katzeff, opening up pre-roll suggests that Facebook is serious about working with publishers to create high-quality video content. Unlike mid-roll ads that often jarringly interrupt video content, pre-roll is easier to design programming around — as long as consumers are willing to sit through an ad first.

“For the most part, the mid-roll experience was positive but it’s much harder to create content that has a very natural mid-roll point,” Katzeff said. “With pre-roll, we’ve started to step up our efforts now that we’ve seen it kick in.”

Facebook needs Watch to work as a new revenue stream

Still, getting people to shift from scrolling through the newsfeed to seeking out videos is a tough challenge and is part of Facebook’s move to make money outside of the newsfeed, which also includes ads in Stories, Messenger and WhatsApp.

Non-newsfeed ad placements aren’t as lucrative as the newsfeed for Facebook. According to another exec at a large publisher, video ads within Stories generate a $8 cost per thousand impressions (CPM) while newsfeed ads generate roughly a $16 CPM.

“It is critically important for Facebook to get this right and by the day it gets more difficult,” said the exec.

Plus, Facebook has a well-documented and rocky history when it comes to working with publishers, which could make its relationships with media companies difficult. Tension between publishers and Facebook has existed in everything from changes to Facebook’s direction in its content strategy to algorithm switches over the years.

With Watch, publishers are leaning on personality-driven programs but some efforts have proved to be more successful than others.

Execs point to programs like “Red Table Talk” and “Ball in the Family” as successful programs that rack up engagement and views. For example, “Red Table Talk” — a talk show hosted by Jada Pinkett Smith, Willow Smith and Adrienne Banfield-Norris — has three million followers and regularly accumulates millions of views per episode. “Red Table Talk” also uses polls, hosts a Facebook Live each week to answer questions about the show and has a Facebook Group to engage with fans.

Meanwhile, “Loosely Exactly Nicole” — a program hosted by comedian Nicole Byer that Facebook picked up from MTV — was cancelled after two seasons aired on Watch.

According to the exec, it’s unclear how much money Facebook is making back on its Watch investments — partly because its budget for original content is significantly smaller than Netflix, Hulu and others that shell out billions for content. Netflix is expected to spend more than $8 billion this year while Facebook will reportedly pay between $1 billion and $2 billion.

“You cannot do this on the cheap,” the exec said.