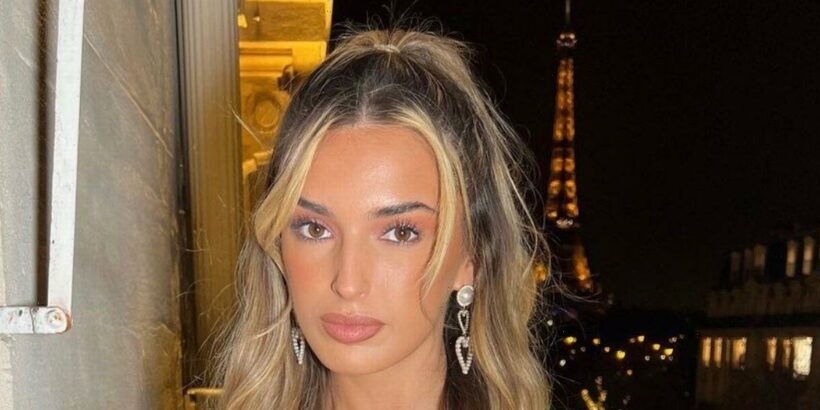 Jack Grealish's girlfriend Sasha Attwood has revealed that she is 'celebrating her resilience' in a series of cryptic Instagram posts.

The 25 year old model, who recently stunned in maternity wear with a ‘baby bump’, shared a collection of reflective quotes following claims, that have since been denied, that her Manchester City footballer beau Jack, 26, had been on 'dates' with comedian Emily Atack.

Sasha, who has recently given a glimpse inside her luxurious trip to Paris, shared two quotes with her 129,000 Instagram followers on Friday 17 December.

Posting the first, it read: 'There will always be more to do. More growth. More healing. More errands. More cleaning. More. More. More.

"Take a moment today to simply be. Wherever you are – just breathe. Celebrate how far you've come. How much you've already achieved.

Meanwhile a second post, re-shared by Sasha, read: "I don't think people understand how hard it is to get yourself out of a dark place in your mind.

"For everyone who did that today, keep going! Be proud of yourself and know there are are people that love you and want to see you happy."

It comes at a time when Jack was at the centre of furious speculation around his love life, after claims he'd struck up a close friendship and been meeting up for "dates" with former Inbetweeners actress Emily Atack.

Rumours swirled that the Euros 2020 ace had also been speaking to Love Island winner Amber Gill, who vigorously denied being the "other woman". Celebrity Juice star Emily, 31, has remained quiet but Jack himself wrote a strong statement on his Instagram Story warning his followers not to "believe" the things they read.

Since then, sources apparently close to Jack and Sasha have said the pair are excitedly looking to buy their own family home in a swanky area of Cheshire where lots of other footballers have settled down.

The Manchester City player and social media influencer have been unsettled and staying in hotels after reportedly deciding to leave their apartment behind due to fans regularly turning up on the doorstep.

A source told The Sun at the time: "They are now looking for somewhere quieter and leafy in the Cheshire area.

“They've stepped up their search in the past few weeks and are keen to find somewhere they can settle and call home.”

For all your latest updates on Jack Grealish and Sasha Attwood and other celebrities, sign up to OK!'s daily newsletter.