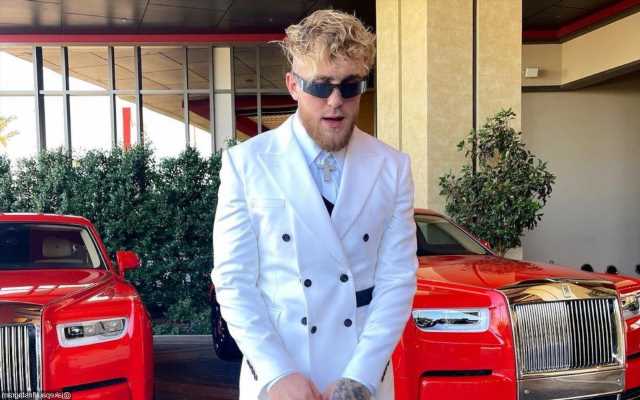 The younger brother of Logan Paul also admits in a new interview that he has been using psychedelic drugs to combat the effects of CTE (chronic traumatic encephalopathy).

AceShowbiz –Jake Paul revealed that he has been advised to quit boxing by his doctors. On the reason why, the YouTube sensation divulged in a new interview that he has been suffering from memory loss and slurred speech.

The 24-year-old shared his story when speaking to Graham Bensinger ahead of his fight against Tyron Woodley, which will take place on Saturday, December 18. “I got my brain scanned right before I started boxing and the doctor told me there’s a lack of blood flow from the concussions I had playing football to certain areas on my brain,” he said.

“One of them I believe is the frontal lobe which is partial for memory and so on,” the Internet personality went on explaining. “After my first year of boxing, I went back and it was worse… [The doctors] advice is don’t do that sport.”

“That’s all they can advise as a doctor, I think before it was affecting me at a rapid pace because I never took it easy,” he added. “I was always thrown in there with people who were way better than me until I started to slowly get to their level.”

Jake then noted that he acknowledges some physical changes. “I notice it in conversations with like, with my girlfriend or friends, like, not remembering something that I should be able to remember that happened a couple days ago,” he told the journalist.

“Sometimes in my speech, where like every hundredth or two hundredth word, I’ll mess up or, like, slur. Which I didn’t do that before,” the younger brother of Logan Paul continued. He later disclosed that he has had between 20 and 30 concussions in his lifetime.

Jake additionally admitted that he has been using psychedelic drugs to combat the effects of CTE (chronic traumatic encephalopathy). “I’ve talked to tons and tons of people about it and there’s new research and science to combat against it, things like psychedelics and toad,” he said.