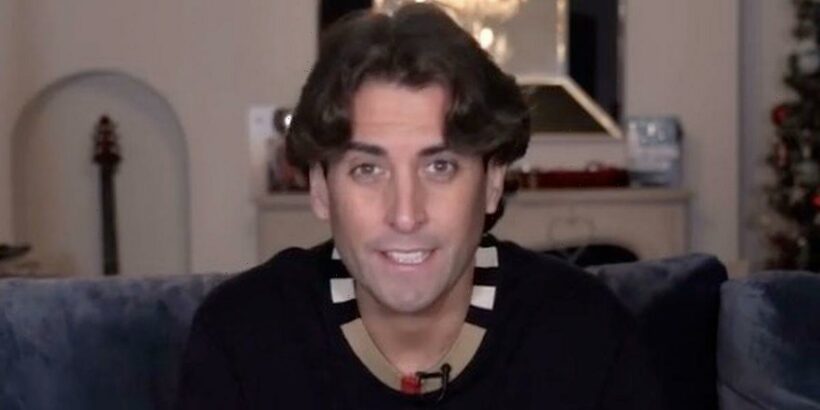 James ‘Arg’ Argent has admitted that having “one more drink” could kill him after he recently suffered a “very bad relapse”.

The former TOWIE star hit the headlines last week when it was revealed an ambulance had to be called to his home and he had been forced to return to rehab.

The 34 year old headed to a daily rehabilitation unit after hitting a “blip” in his recovery when he indulged in his first alcoholic drink after being clean and sober for two years.

“I can glamorise partying but in reality it’s never going to be fun for me as I’m an addict so it’ll never be just one or two drinks – that will lead me to hospital or death,” he told The Sun.

“If I have a drink it affects my friends, family, career, relationships, I can’t function the next day, I let people down, I am selfish and I lie to people – there are so many consequences if I just have one drink.”

Arg continued: “I had a very bad relapse after having some cravings for a while, but instead of ringing my therapist I had a drink for the first time in two years.

“Addicts always say one drink is never enough – if it was, I wouldn’t be an addict – but unfortunately it just escalated from there.”

He continued: “I went to a comedy night with some friends in Bethnal Green, London – it was great fun, everyone was laughing, drinking and having a good time. I was having cravings again and when we went onto the afterparty in Essex I bought a round of drinks for my friends – unfortunately I gave in to temptation and had that first drink.”

The star, who is starring in E4’s new reality show The Real Dirty Dancing, went on to explain that his friends called an ambulance for him after a “scary and upsetting experience”.

He said: “After that, I can’t get into the specifics of what I did, but that’s where it all started and I ended up at home having an awful relapse. I’d been clean and sober for such a long time, it hit me like a ton of bricks as my body and mind hadn’t been used to it for so long.

“My friends were shocked and worried about me – I wasn’t myself mentally or physically and they weren’t used to seeing me like that. It was a very scary and upsetting experience for everyone around me and it became vital that an ambulance was called.”

It’s not the first time an ambulance has been called to Arg’s home. Back in 2019, paramedics visited his property twice after he overdosed and went missing for 48 hours.

The reality star has had his fair share of struggles with his health, too.

His weight rose to 26st 13lbs during the pandemic and he was forced to undergo a £10,000 gastric sleeve operation in April 2021 after doctors told him he had to lose weight or he would lose his life.

And he has admitted previously he would replaced his indulgence in alcohol and drugs with food, but with his gastric band controlling his food intake he has had other cravings.

“My problem is that I have cravings for alcohol and that is the gateway to other things like drugs – they say a craving lasts 15 minutes so you should ring a friend or your sponsor and then the craving will go away, but I got what they call a ‘stinking thinking’ and thought things would be different now.

“I stopped attending my alcohol and drug addiction therapy and counselling sessions and I truly forgot how bad things were in the past.

“I thought I was cured and told myself that I can be in control and manage it but I can’t, I’m an addict and I can’t just go to rehab, come back and be cured, it’s something that I will have to deal with for the rest of my life and that will be in my life forever."

Arg is now attending a daily rehab centre six days a week, which includes a cocaine and alcohol anonymous meeting.

For all your updates on James 'Arg' Argent and other TOWIE stars, sign up to our daily newsletter here.