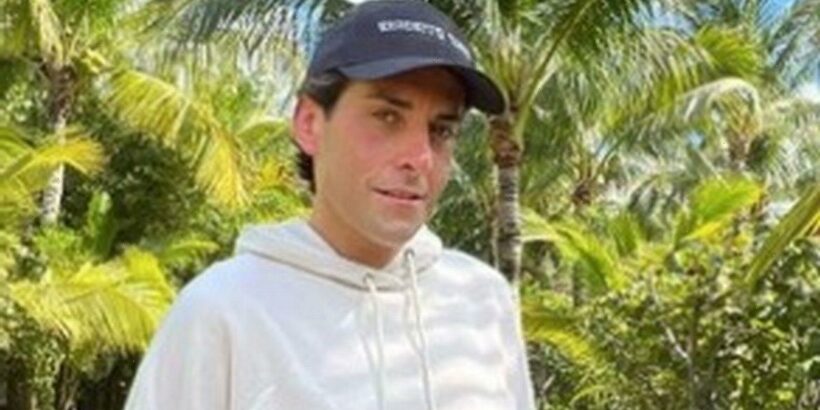 James Argent flaunted his transformed physique on Saturday as he attended the christening of his godson.

After shedding 14 stone last year by way of gastric bypass surgery, the TOWIE star has continued to overhaul his lifestyle and recently looked as slim as ever while attending a family function.

The 34 year old former Celebs Go Dating contestant looked dashing in his getup, comprised of a beige coat, black trousers and black shoes, and shared shots to his Instagram from the christening that showed him lighting a candle.

As part of his godfather duties, Arg stood alongside the priest while holding a candle which he later used to light a bigger one.

Sharing the images on his Instagram story, he told his 854k followers: “The Godfather.”

Throughout his incredible weight-loss journey, Arg has never shied away from the spotlight and has continued to speak openly about his experiences with weight-loss surgery, addiction and fitness.

After a difficult time during the pandemic that eventually resulted in a stint in rehab to address his cocaine addiction, Arg admitted that he’d simply replaced the class-A drug with fizzy drinks and fast food.

"I was living alone and even though I wasn’t doing drink or drugs, which I was extremely proud of, I was ­comfort-eating out of boredom and to escape feelings, and it got out of control,” he said at the time.

But in just seven months, Arg dropped from 27 stone to his goal of 15 stone following a wake-up call from his mum, Patricia.

"She said 'I don't recognise my son anymore'. That was a big wake-up call,” he added.

Taking to Instagram ahead of his gastric sleeve operation, which cost a whopping £10k, he wrote: "Today Is the First Day of the Rest of My Life.

"My weight loss journey has STARTED, I’ve had my gastric sleeve surgery with the incredible team at @wearetransform."

Arg continued: "I’ve struggled with my weight for years but I’m finally ready both physically & mentally to do something about it.

"The next few months are going to be tough but I’m determined to reclaim my life! NEW CHAPTER.”

After his irreversible surgery, Arg was supported by his best pal Mark Wright, who has remained famously shredded since stepping into celebrity circles over a decade ago.

One method he employed to better fight the cravings for junk food was the 20/20/20 method, which entailed counting through the eating process.

“So the food I put into my mouth should be the size of a 20-pence piece, I should chew it 20 times and then wait 20 seconds before I go for the next mouthful.”

Arg added: “If I drink water just before a meal it sits above my stomach, and if I eat too soon it can make me sick.”