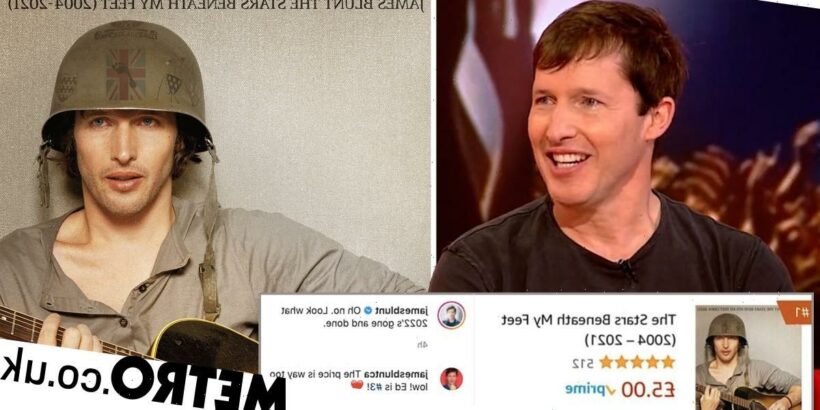 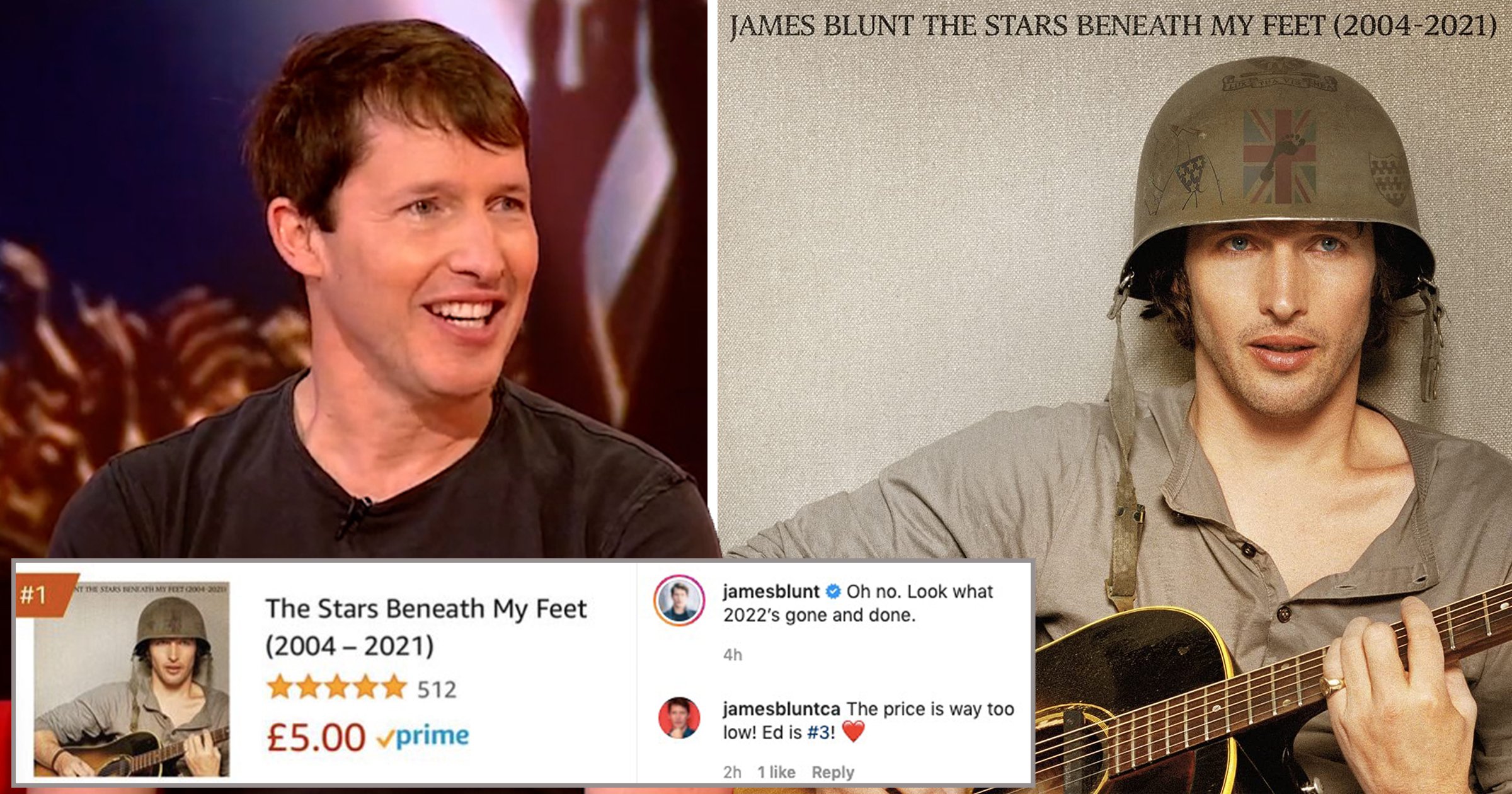 James Blunt’s threat to release new music if Spotify didn’t remove Joe Rogan’s podcast from the platform seems to have actually worked in his favour.

Blunt, who is almost better known these days for being hilarious on Twitter than he is for his new music, joked last week that if Spotify ‘doesn’t immediately remove @joerogan, I will release new music onto the platform.’

He finished the message with the cheeky hashtag: ‘#youwerebeautiful.’

As high-profile musicians threaten to pull their music from the site, accusing it of allowing the spread of misinformation, Blunt’s different approach led him to go viral.

Now the star has revealed that his greatest hits album The Stars Beneath My Feet was ahead of the likes of Ed Sheeran and Adele, briefly boasting the number one spot on the Amazon best-seller chart.

The You’re Beautiful singer took to Instagram to share a screengrab of the chart sales on Friday, showing him in first place ahead of band Saxon and Shivers singer Ed.

Never one to miss an opportunity to poke fun at himself, Blunt captioned the post: ‘Oh no. Look what 2022’s gone and done.’

His recent self-deprecating joke came after stars including Neil Young and Joni Mitchell demanded their music be removed from Spotify as it hosts The Joe Rogan Experience, which is accused of spreading vaccine misinformation.

Author Roxane Gay has since pulled her content from the platform, as have musicians India Arie and Graham Nash.

Host Rogan has made several remarks against the Covid-19 vaccine, previously urging ‘young, healthy’ people not to get jabbed.

Rogan has since apologised for the row, insisting he is ‘interested in telling the truth’, and Spotify say they are working to add a content advisory to any podcast episode that includes a discussion about Covid.

Blunt is no stranger to taking the mick out of himself, both on Twitter and in his career in general, with the video for his recent single Unstoppable showing people on the streets of London running away from the sounds of him busking.