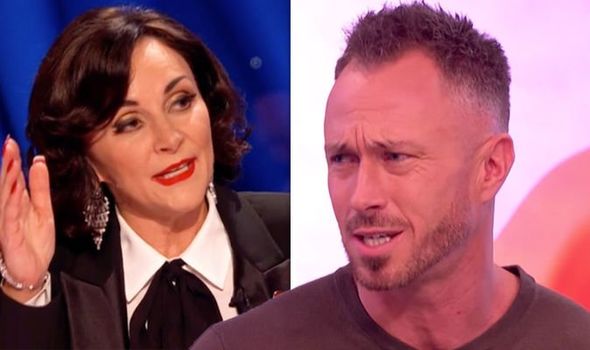 James Jordan took to Twitter to address the war of words which took place between Shirley Ballas and Anton Du Beke during tonight’s episode of Strictly Come Dancing.

The pair debated after Shirley critiqued Emma’s timing in the Rumba, as she explained: “The only timing I could read was three bars of Rumba.

“The rest of it I have absolutely no idea on what count you were dancing for this dance.

“There are four beats, there are three steps. You have to understand that.”

The former Strictly pro commented on the spat between the BBC show’s head judge and the King of Ballroom in view of his 262,000 followers.

James simply wrote: “I love it when Shirley loses her s**t!”

Fans took to the comments section to share their thoughts about the tense moment between Shirley and Anton.

One person wrote: “It does seem she has an issue with Anton and is harsher in their critique whilst others get the softer version.”

Another added: “Only Anton challenges the judges now.”

However, some viewers pointed blame at Anton’s choreography, with one fan replying: “Anton is to blame here… she has potential, but he doesn’t seem to be able to teach her.”