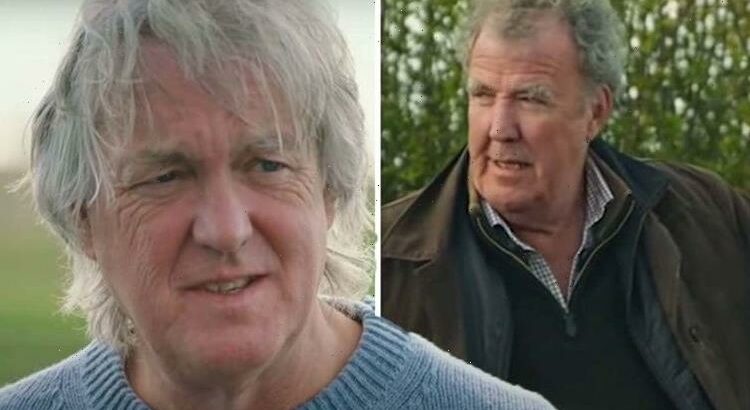 James May says he won’t be making a cameo in Clarkson’s Farm anytime soon, as he gears up for the release of The Grand Tour: Carnage A Trois. The one-off episode will see James, Jeremy Clarkson and Richard Hammond explore “the bizarre world of French car culture” and will be available to stream on Amazon Prime Video.

Despite the success the iconic trio have received since being back on our screens, James says he doesn’t fancy making an appearance in Jeremy’s other show, Clarkson’s Farm.

In an interview with LadBible, James explained: “A few people have said, ‘Oh, why don’t you get James and Richard to come and do a few bits on the show?’

“I think it’s his farm and it’s his thing and that’s good.

“If I was doing a film about my workshop, I wouldn’t want those two in it going, ‘Oh I’ve literally broken it’.

“I’d smack them over the head with a shovel and throw them out.”

James did say he has watched a bit of Clarkson’s Farm and found it “interesting”, but ruled it wasn’t really his cup of tea.

He added: “I don’t want to do farming myself because I think that farming is just big gardening, and gardening is one of the things I don’t do at home.”

The synopsis for The Grand Tour: Carnage A Trois reads: “In this second lockdown special, the trio dive into the bizarre world of French car culture.

“On an epic road trip starting in the Welsh hills, they dish up a hair raising mountain climb, bomb defusals, propellor powered cars, helicopter stunts and the most thrilling race of their lives before reaching the English Channel for a jaw dropping medieval climax.

“And a soupcon of French art house cinema.”

Jeremy has said he particularly enjoyed making this series because the French police “don’t care”.

Jeremy recalled how he found himself being stopped by  on multiple occasions, but added that he was never worried.

Speaking to Breaking News, he said: “The French shrug is something I admire very much when they can’t be bothered to help you.

“I’ve been stopped a couple of times by the French police, and you plead and beg, and they just shrug at you. They don’t care.

“So I very much enjoy France – always have. It’s one of my favourite places.”

Jeremy also said he appreciates the country’s food, wine and “fantastic places”, which is why he considers France one of his favourite holiday destinations.

Since last month, the father of three has also returned to work on season two of his other Amazon Prime Video show, Clarkson’s Farm.