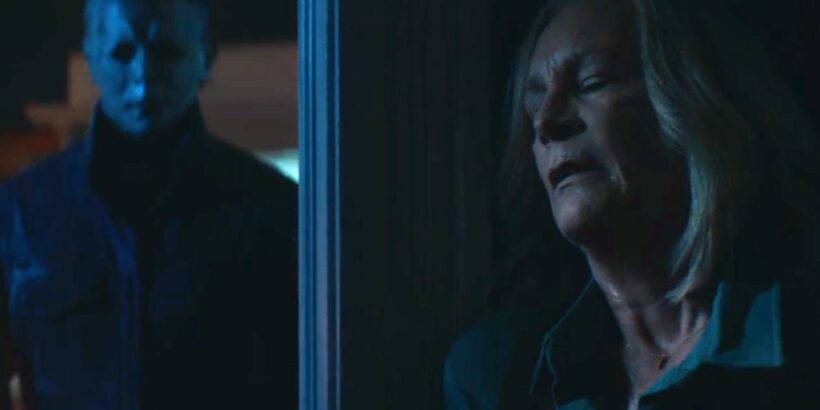 The trailer for the horror flick, supposedly the third and final film in director David Gordon Green’s contribution to the slasher series, arrived as a surprise on Tuesday evening. Curtis teased the trailer drop on Twitter, urging fans to stay tuned for a “treat.”

Halloween Ends is the 13th installment in the Halloween franchise and the third from Green. It follows the chronology established by 2018’s Halloween, which ignored every other film from the series aside from John Carpenter’s 1978 original.

The film will follow the cliffhanger ending of  2021’s Halloween Kills, which saw Laurie teaming up with her daughter Karen (Judy Greer) and granddaughter Allyson (Andi Matichak) to fight Michael Myers (played by Nick Castle and stuntman James Jude Courtney).

'Orphan: First Kill': Esther's Back to Terrorize Another Family in New Trailer

Curtis and Matichak will reprise their roles alongside Will Patton, Kyle Richards and Omar Dorsey, and Michael O’Leary joins the cast. Green co-wrote the screenplay with Danny McBride, Paul Brad Logan, and Chris Bernier.

Halloween Ends is reportedly the last time Curtis will portray the role of Laurie Strode. The actress first took on the role in 1978 horror classic Halloween and has returned to play the protagonist in several more iterations, including Halloween II, Halloween H20, and Halloween Resurrection.

In February she shared her final day of filming on Instagram, writing, “A bittersweet end for me on the Halloween movies. I’ve made great friends and have collaborated with wonderful artists on these three movies and today my part in the film has been completed and with it the end for me of this trilogy.”