Leave Jana Kramer alone! The pregnant country singer revealed exclusively to Us Weekly that she received backlash from fans for admitting she wanted “to have sex all the time” with her husband, Mike Caussin.

“I got so much heat for that!” the 34-year-old told Us at the Support the Girls premiere in Los Angeles on Wednesday, August 22. “Someone said that I was a pregnant call girl. And I was like, really? Because I said I wanted to have sex all the time with my husband?”

Kramer, who is expecting a boy with Caussin, is referring to remarks she made to Us Weekly earlier this month.

“I feel the most sexy, like, now being pregnant,” the One Tree Hill alum told Us on August 7. “My husband doesn’t as much. I’ve got some testosterone going through my body. ‘So I’m like, ‘Let’s go.’ … I want to have sex all the time.”

Kramer added on Wednesday that the Internet can be “the worst” for the backlash, to which Caussin replied, “I know, right?”

As for any updates in the bedroom since earlier this month, Kramer laughed and told Us that the twosome are “good” in that department. Despite all the sex talk, the “I Got the Boy” crooner also told Us that she and Caussin will not be having a third child — at least not biologically. 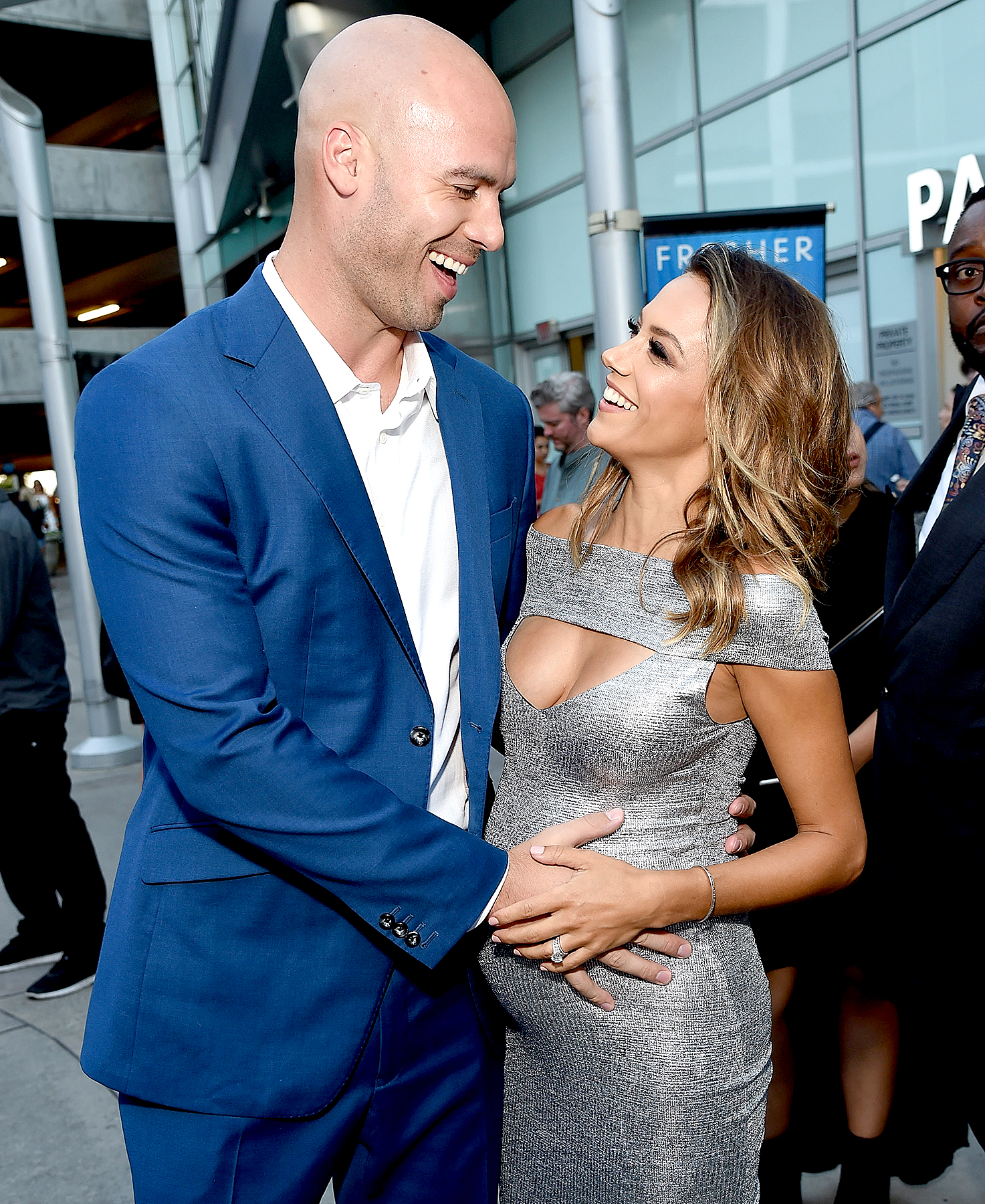 “I’m gonna be 35 in December and after 35 it’s basically a geriatric pregnancy,” she explained. “I wanna be done. I wanna live the rest of my thirties getting in shape and just taking care. We wanna adopt too.”

Kramer and Caussin, who tied the knot in May 2015, are also parents of 2-year-old daughter Jolie. The duo separated in 2016 after Us Weekly exclusively revealed that the former NFL star was unfaithful to his wife, but they later reconciled.