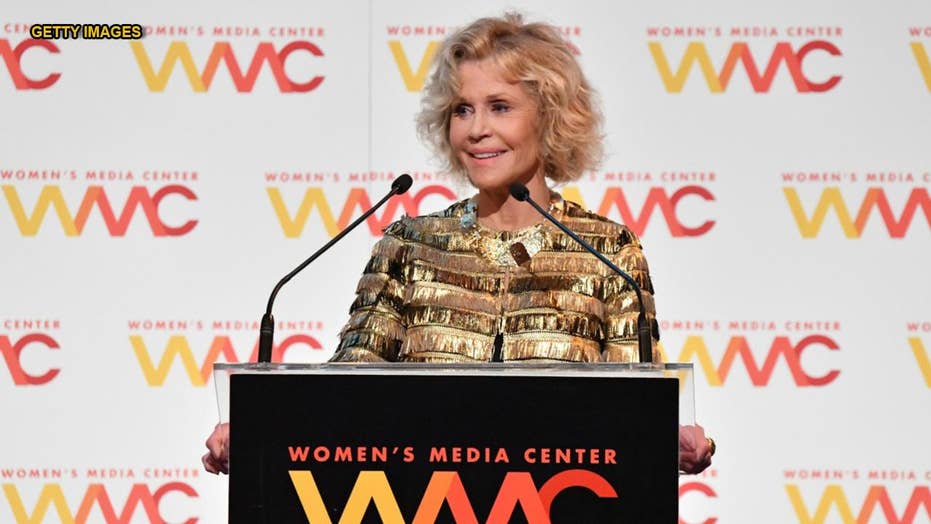 Actress Jane Fonda compared the Trump Administration to the Third Reich while speaking at the Women’s Media Awards in New York. Fonda also took the opportunity to criticize Trump’s continued attacks on the news media stating that voting has ‘never been more important.’

Jane Fonda reportedly drew a comparison on Thursday between President Trump and his criticism of the media to the Third Reich.

“If you’ve read anything about the rise of the Third Reich and Adolf Hitler, you will see the parallels,” Fonda reportedly said. “Attacking the media is the first step in the move towards fascism. The cornerstone to democracy is an independent, democratic media.”

The veteran actress made the remarks while speaking at the Women’s Media Awards in New York, according to The Hollywood Reporter. 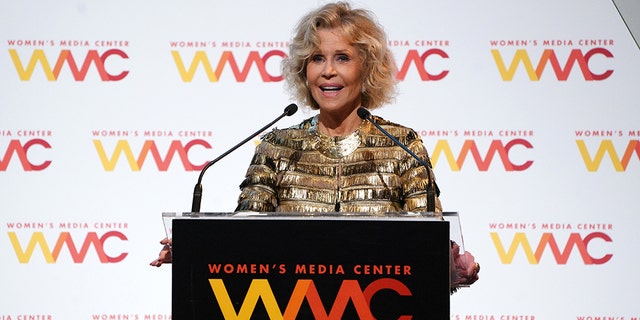 “Attacking the media is the first step in the move towards fascism," Fonda reportedly said.
(Getty)

Fonda stressed that it was imperative for people to cast their ballots on Election Day. She also reportedly claimed that “civility” was at stake.

“And we don’t have to take it anymore,” she said, according to THR. “Voting is the way to stop it. Everybody has to vote.”

The president took to Twitter earlier this week and slammed what he described as “the Fake News Media” for being “the true Enemy of the People.”

In a series of tweets Monday morning, he said the media needed to “stop the open & obvious hostility & report the news accurately & fairly.”

“That will do much to put out the flame of Anger and Outrage and we will then be able to bring all sides together in Peace and Harmony,” he continued. “Fake News Must End!”

A day earlier, Trump also tweeted that his administration, as well as Republicans and conservatives, were being held responsible for divisions in the country.

“The Fake News is doing everything in their power to blame Republicans, Conservatives and me for the division and hatred that has been going on for so long in our Country,” Trump tweeted. “Actually, it is their Fake & Dishonest reporting which is causing problems far greater than they understand!”

His comments followed the Pittsburgh synagogue shooting that left 11 people dead and, earlier in October, the delivery multiple suspicious packages to prominent Democrats.