Mum’s the word! Bachelor in Paradise’s Jared Haibon found himself in a tricky situation after Dean Unglert grilled him on his relationship with former costar Ashley Iaconetti.

Dean and Jared, who host the Help! I Suck at Dating podcast alongside Vanessa Grimaldi, discussed Jared and Ashley’s newly minted romance on the Tuesday, May 22 episode. Although Dean was happy to hear about the couple’s unique love story, he was most curious about the intimate details of their relationship.

“What’s the sex like?” Dean shamelessly asked Jared, who immediately quipped back, “Dude, I’m not answering that bro.”

But Dean held his ground. “You said ask anything and that’s what I want to know,” he pressed. “What’s it like?”

Even so, Jared didn’t give in. “I’m not answering that. You should know better than that,” he replied. “Obviously that’s been a topic over the last few years for Ashley, so I’m not really talking about that.” 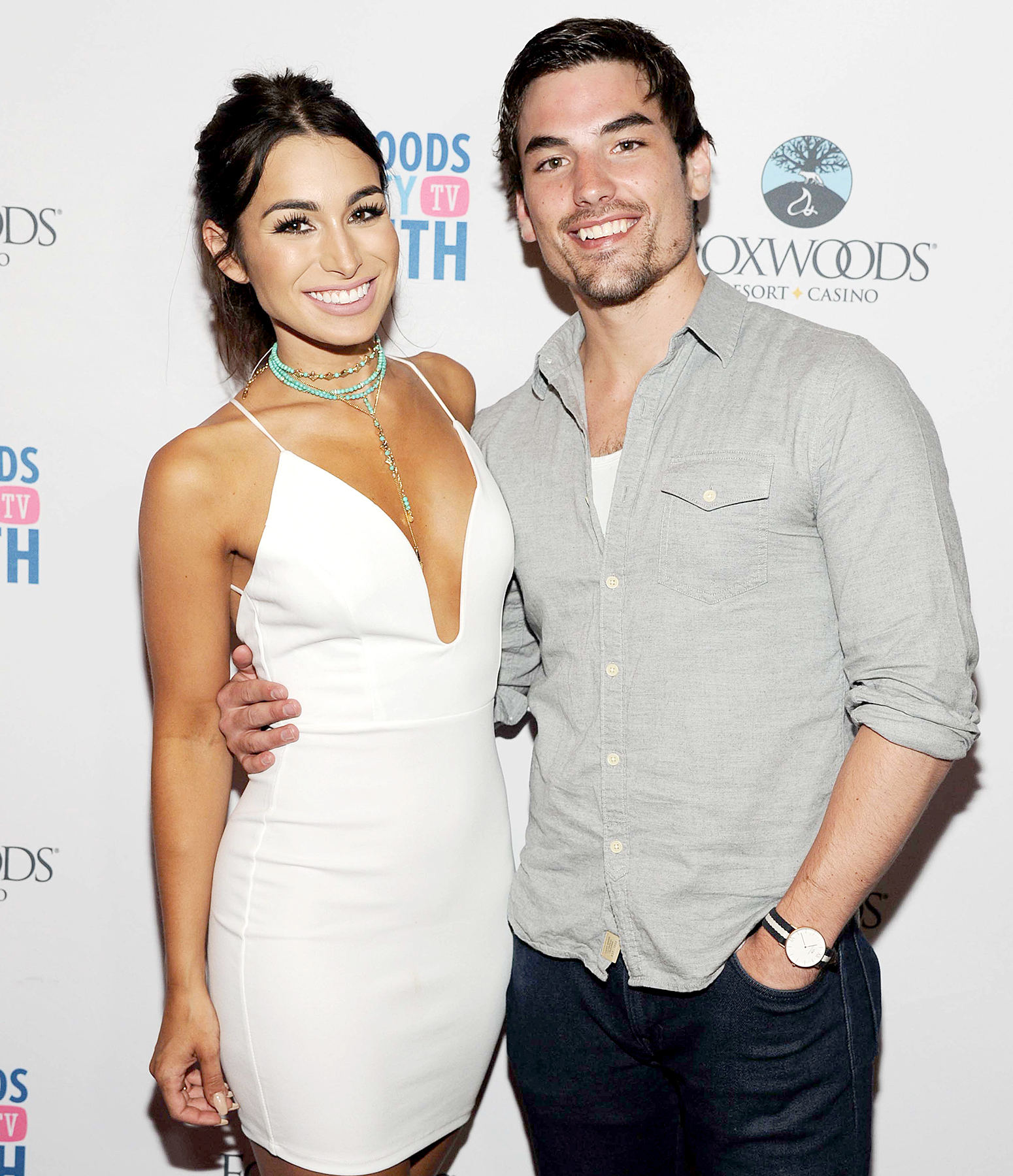 Ashley has been open about her virginity throughout her time in Bachelor Nation. The Almost Famous podcast host, 30, first revealed that she is waiting to sleep with someone during her experience on Chris Soules’ season of The Bachelor in 2015. Although fans speculated that she spent the night with Bachelor Winter Games beau Kevin Wendt during filming in Vermont, Ashley set the record straight via Twitter, noting that the former pair only locked lips in the fantasy suite.

The journalist spoke candidly about her romance with Wendt while speaking exclusively to Us Weekly in February, noting that she would never reveal if the duo did end up having sex. “I know what everybody’s million dollar question is — have we or have we not? But I will never, ever, say yes or no to that question,” she admitted. “Just because I’ve been public about it in the past, doesn’t mean that I can’t make something private once somebody else is associated in that topic of my life.”

Although Ashely played coy about the couple’s private life, they called things off in March citing long distance issues — Ashely is based in Los Angeles, while Kevin resides in Canada. Nonetheless, The Bachelor blogger found her happy ending with Jared.

The pair, who revealed their romance on Tuesday’s episode of The Story of Us, explained that their feelings came to light after Ashley started dating Kevin. “I was sad. Sometimes I need a kick in the ass,” Jared said. “That was a big kick in the ass.”

Despite staying silent about their sex life, Jared shared more fun details about his romance with Ashley during the podcast episode. “No. No, we’re not living together,” he confirmed. “I know — I don’t want to speak for Ashley, but obviously we’ve talked about it — we see this as it for us, so to speak. Life partner, love, marriage, kids, the whole… I mean, I hope so.”