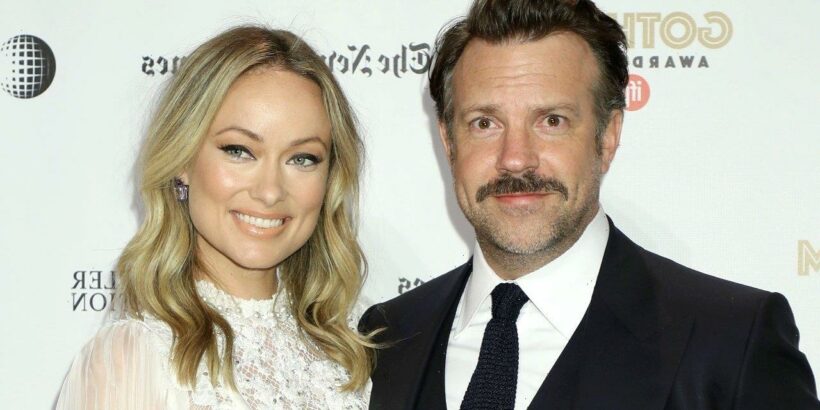 The former couple shares a joint statement in response to a former nanny of their two children, who worked for them for more than three years, making a series of false accusations in a recent interview.

AceShowbiz –Jason Sudeikis and Olivia Wilde have released a joint statement slamming their children’s former nanny over “false and scurrilous accusations.” The former couple hit back after their ex-employee, who worked for them for more than three years, told the Daily Mail in an interview in which she made a series of accusations including one about Jason’s behaviour amidst the breakdown of his relationship with Olivia, and said she had been fired by the “Ted Lasso” actor.

They told Page Six on Monday, October 17, “As parents, it is incredibly upsetting to learn that a former nanny of our two young children would choose to make such false and scurrilous accusations about us publicly.” The pair accused the nanny of a “now 18 month long campaign of harassing us, as well as loved ones, close friends and colleagues,” saying it has “reached its unfortunate apex.”

“We will continue to focus on raising and protecting our children with the sincere hope that she will now choose to leave our family alone,” they added. Olivia, 38, co-parents children Otis, eight, and Daisy, five, with 47-year-old Jason.

The actress has denied leaving Jason for ex-One Direction singer Harry Styles, 28, whom she met while he starred in her “Don’t Worry Darling” film which she directed. She and Harry were first romantically linked in January 2021 after they were seen holding hands at his friend Jeff Azoff’s wedding in California.

Olivia told the new issue of Elle magazine people assume she has “abandoned” the two children she shares with Jason, but said the truth was she goes to great lengths to stop them being photographed. She said, “I share custody of my kids with my ex. People assume I have abandoned my kids, like my kids are just somewhere in a hot car without me. The suggestion is that I have abandoned my role as a mother.”

Olivia added the public does not see her with her kids as she “doesn’t let them get photographed”, saying, “Do you know the lengths that I go to to protect my kids from being seen by you?” Olivia and Jason got engaged in 2013, but they publicly announced they had split in November 2020.

Olivia and Jason’s subsequent battle over custody of the kids saw the actress served papers in April while she was on stage speaking at CinemaCon, a move she branded “appalling” and “vicious.”