The Vanderpump Rules star, 39, snapped a selfie in the mirror during his workout as the model, 25, looked down at his phone while sitting on a nearby machine. Taylor shared the photo on his Instagram Story alongside a shady caption: “When kourtney kardashian dumps you and you have to slum it like the rest of us At a normal gym.”

Drawing attention to the Smartwater bottle on the floor next to Bendjima, Taylor added, “no more figi [sic] diamond water either. Got to drink that smart water now.” 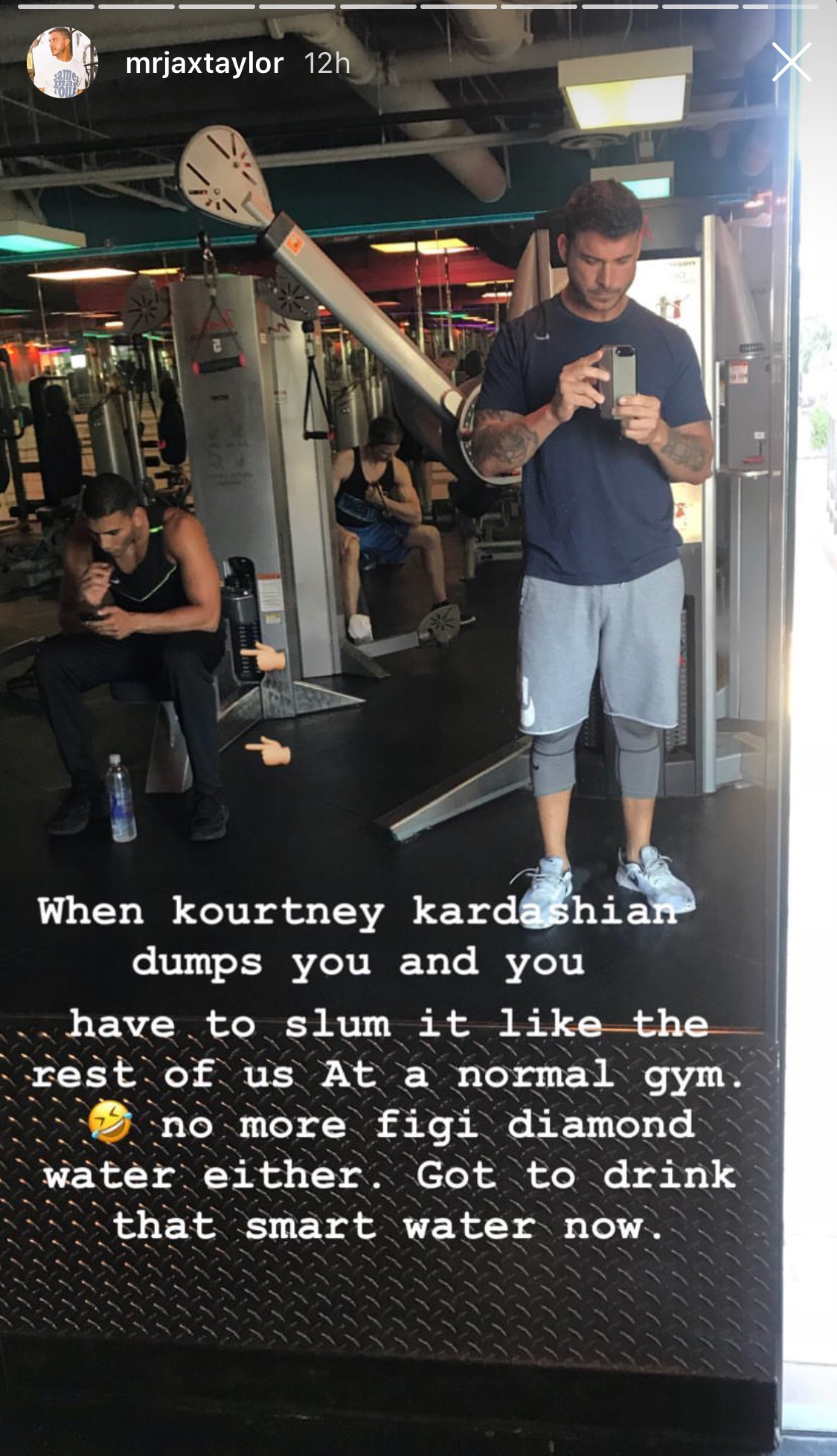 Us Weekly confirmed earlier this month that Kardashian, 39, broke up with her boyfriend of nearly two years. Bendjima was later spotted getting cozy with model Jordan Ozuna in Mexico, but he was quick to shut down rumors that he is already moving on. “They really want me to be the bad guy,” he wrote on his Instagram Story on August 7. “F–k your Hollywood bulls–t (can’t have fun with your friends no more).”

The Kardashian family came to Kourtney’s defense after the split. In response to Bendjima’s Instagram Story, Khloé Kardashian commented, “Alexa play ‘heard it all before’ by Sunshine Anderson,” while Kim Kardashian wrote, “Nice pics from your ‘boys trip,’” adding a lying-face emoji.

A source told Us exclusively that Kourtney’s relationship with Bendjima simply “ran its course” due to their busy schedules. “She ended it because it just wasn’t working anymore,” a second insider explained. “There wasn’t any dramatic moment.”

A third source told Us that a reconciliation is unlikely: “There’s little chance of Kourtney and Younes getting back together. He’d have to grow up. There were a number of reasons it didn’t work, but at the end of the day the main reason was a maturity issue.”

The Keeping Up With the Kardashians star shares sons Mason, 8, and Reign, 3, and daughter Penelope, 6, with her ex Scott Disick.