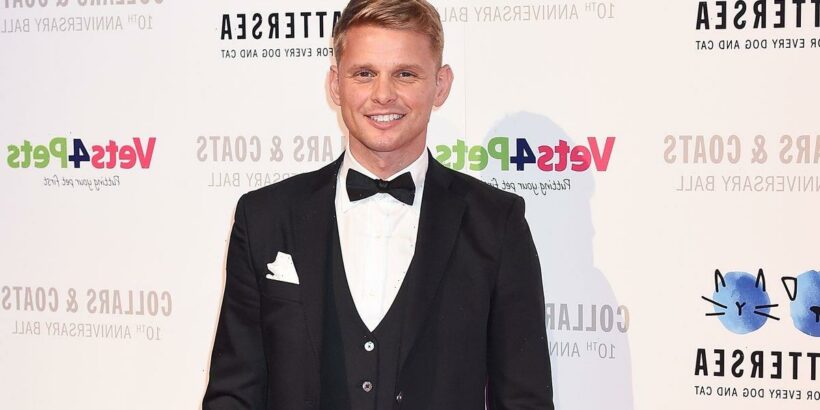 Sharing snaps from an awards dinner he hosted for restaurant chain TGI Fridays, Jeff gushed about being able to take his youngest son along with him.

The pair both looked dapper in their black formal suits, with Freddy looking particularly smart in a tie, while Jeff opted to keep the top button of his shirt undone.

He wrote: “Had the pleasure of hosting an awards dinner for @tgifridaysuk last night.

“What made it all the more special was Fred accompanying me as my plus 1. He scrubbed up a treat and we had a great time with lots of lovely people!”

Fans were quick to comment on how alike the father and son looked.

“He’s your double!” one commented, while a second added: “Fred is the image of you.”

Jeff shares sons Bobby and Freddy with his late partner, Jade Goody, who tragically passed away from cervical cancer aged just 27 in 2009.

The brothers, who were just four and five when their mum died, have been in the care of Jeff ever since.

Jeff recently gushed over Freddy as he managed to get himself an apprenticeship in hotel management.

Sharing a picture of his youngest son enjoying a pizza, Jeff wrote: Jeff captioned the picture: “Well done to my boy @freddybraz1er who went for another part time job and did so well in his trial shift he was offered an apprenticeship in hotel management.

“Now he’s got some lovely options available to him. I’m really proud of you, Fred.

“Not so much when you’re rolling golf buggies and crashing motorbikes, but generally.”

He signed off with another “I’m proud” followed by a heart emoji.

The former Shipwrecked star’s older son Bobby, 18, is a successful fashion model with an impressive resume under his belt.

The young model is signed to various agencies all over the world including VNY models, PMA, UNO models, Unsigned models, Bananas models and D’Management group.

But Jeff is said he’s not keen for his sons to go down the reality TV route after he and Jade, who rose to fame on Big Brother, had a rough ride in the public eye.

He said: “While myself and their mum went into the industry by that backdoor of reality TV, it is a very difficult path.”