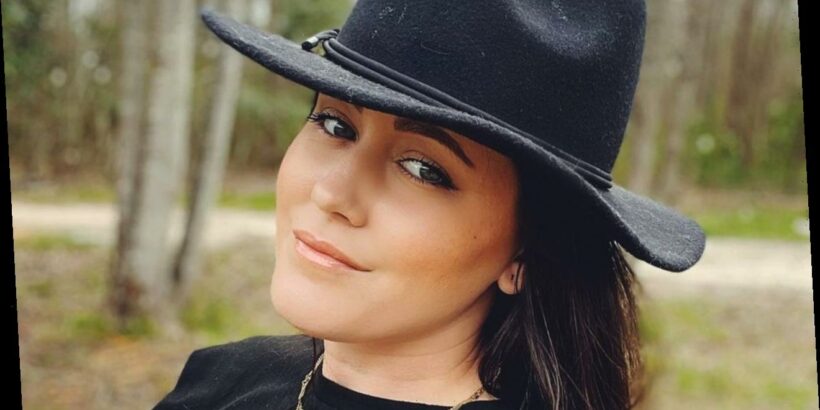 The former ‘Teen Mom 2’ star says she started experiencing pain in 2018, prompting her to go to a neurologist in New York City to run tests though the doctors are struggling to find what is the problem.

AceShowbiz –Jenelle Evans gets candid about her health issue. The former “Teen Mom 2” star shared that she has a a “fluid-filled cyst” in her spinal cord that causes her to experience gruelling back and neck pain. In a YouTube video on Monday, March 22, the 29-year-old detailed her medical journey.

Jenelle said that she started experiencing pain in 2018 and that prompted her to go to a neurologist in New York City to run tests. Detailing the test, the TV personality said, “[It] came up abnormal, but not too abnormal to be concerning.”

“The doctors really couldn’t figure out my weird symptom,” she recalled. “Fast-forward to September 2020, I ended up [having] this really bad neck problem. My neck kept cracking over and over again. It really sucked because it happened for months and months and months.”

When she found the “popping” in her neck “really concerning,” Jenelle consulted to her primary care doctor who encouraged her to keep an eye on the issue. The North Carolina native even did MRI on her neck though no conclusive results were obtained. “I ended up going to [another neurologist], and she’s been doing tests on me for the past four or five months,” she said. That eventually made her specialists believe that there was a problem within her spine and she did a CT myelogram diagnostic test, which made her bedridden for two weeks. Despite that, she didn’t find a definite answer why her neck was in pain.

The MTV personality did another MRI as suggested by her doctor and she found the results “pretty concerning.” While Jenelle admitted she hadn’t followed up with her doctor yet, she decided to look up for what condition she could have. That was how she concluded that she had “syringomyelia.”

“This is the one that I think relates to [my] condition a lot, unfortunately,” she said in the video. “It’s chiari malformation – a condition in which the brain tissues protrude into your spinal canal. I’m having a lot of neck pain and I’m having the neck cracking all the way right here where the base of my skull is and a little bit above my collarbone. I don’t know what’s wrong with my neck, but whatever’s wrong with my neck obviously caused me to get a cyst and that’s not good. None of this is good.”

Despite that, Jenelle mentioned that she didn’t want to jump into conclusion before consulting her doctor. “Hopefully we can figure this out,” she concluded. “I have projects I’m working on that I can’t be lying in bed. So it’s like, fix the problem or just let the problem get worse. It really sucks.”