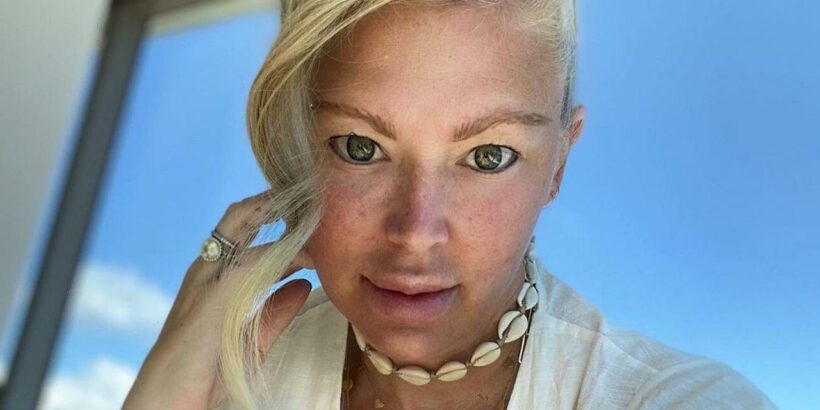 The 48-year-old former Playboy model has been diagnosed with Covid-19 while struggling with mystery illness that landed her in hospital and left her unable to walk.

AceShowbiz –Jenna Jameson has been diagnosed with COVID-19. While battling against a mystery illness, the former Playboy model, 48, has contracted the virus.

“Well, I officially have the coronavirus. Just focusing on healing,” she wrote on Instagram on Thursday (25.08.22). Jenna told “everyone kindly wondering about” her that she was doing “OKAY” and shared a snap of her feet on her Instagram Stories.

The ex adult star has been posting about her health since she found out she couldn’t walk in January. After being misdiagnosed with Guillain-Barre syndrome, Jenna has been none the wiser about what is plaguing her. After being let out of hospital the following month, Jenna told her followers that she longed to be “out of a wheelchair and walking” independently.

In February, she wrote, “I still have more testing to do but it seems there’s something off with my femoral nerve, and it’s affecting my strength in my legs.”

In April, the former “Celebrity Big Brother” star said she was “making strides” with the aid of a walker and later set the record straight she wasn’t paralysed, showcasing footage of her moving her legs.

Jenna shared on social media, “I just cannot bear weight, so yeah, we’re still looking for a cause behind everything that’s happening, but as soon as I find out, you’ll be the first to know. Well, maybe not the first, but, you know, the second or third.”

Jenna also detailed the difficulty she was having sleeping, saying she felt “stabbing pains” while in bed. In July, she wrote that she was able to walk without help.

Jenna – who is mother to 13-year-old twin boys Journey and Jesse and four-year-old daughter Batel – said, “I mean, I’m not walking perfectly but at least I’m up on my feet. How cool is that? Feeling a lot better.”