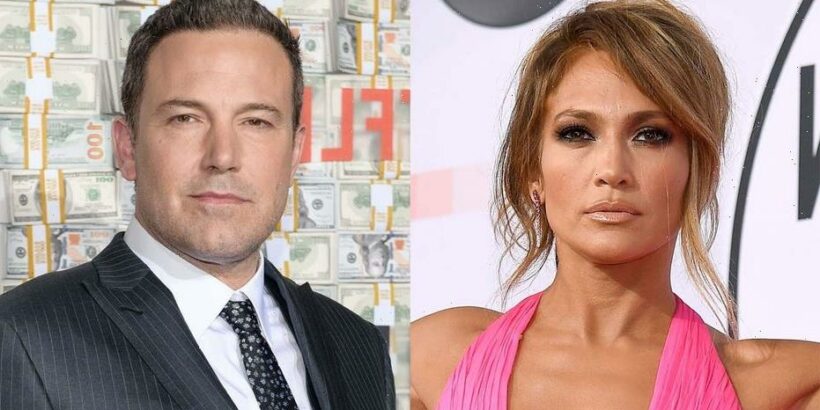 Jennifer Lopez and Ben Affleck are once again captivating the public with their relationship – though this time around, it’s unclear whether or not it’s romantic.

The two stars were previously engaged from 2002-2004 and were known as one of Hollywood’s hottest couples, even earning the name “Bennifer.”

Now, they have been spending a lot of time together since Lopez, 51, split from fiancé and former MLB star, Alex Rodriguez.

With a possible reunion brewing between the “Hustlers” star and “Good Will Hunting” actor, here’s a look back at their relationship: 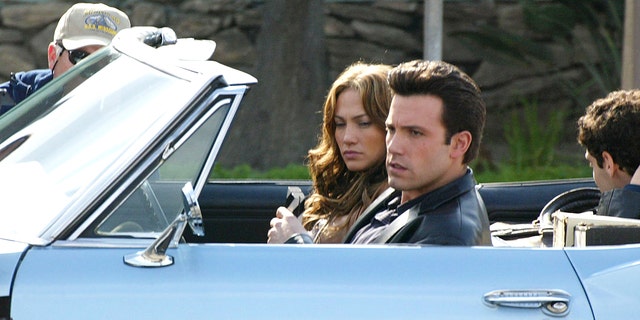 Jennifer Lopez and Ben Affleck on the set of ‘Gigli’ on January 9, 2003 in Los Angeles, California. (Photo by Mel Bouzad/Getty Images)

Lopez and Affleck, 48, are still known as Hollywood heavyweights with the latter having earned a pair of Oscars for writing and producing, while Lopez has been nominated for two Golden Globes and was considered a major Oscars snub not long ago.

However, they weren’t always met with such success, such as their movie “Gigli.”

The 2003 flick followed Larry Gigli (Affleck), who was assigned by a crime boss to kidnap a district attorney’s brother, while Lopez’s Ricki was sent along to make sure he did the job right.

The movie absolutely tanked and only earned $7.2 million after costing an estimated $54 million to produce, according to IMDb.

Additionally, the movie earned an 18/100 Metacritic score, which averages scores from a number of prominent news outlets and critics.

‘Jenny from the Block’

Another one of their famous collaborations was the 2002 music video for Lopez’s hit “Jenny from the Block.”

The song was a large part of the launch the singer’s long-running and hugely successful music career, but the video quickly became detested by fans thanks to the couple’s over-exposure.

The musical clip features the stars cuddling, kissing and even sensually touching, such as the “Good Will Hunting” star rubbing lotion on the singer’s bikini-clad backside.

Affleck has admitted that he regrets starring in the video.

“If I have a regret, it was doing the [‘Jenny from the Block’] music video,” he said in 2008, according to the Daily Record. “But that happened years ago. I’ve moved on.”

The “regret” comes from the couple quickly becoming publicly detested for their frequent public displays of affection, though Affleck doesn’t hold anything against his former fiancée. 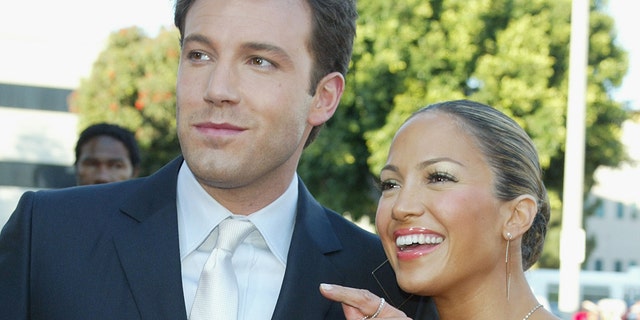 Lopez has been engaged and married a number of times now, though none of her engagement rings made quite the impact as the one she received from Affleck did.

The ring contained a 6.10-carat diamond from Harry Winston and cost a reported $1.2 million. 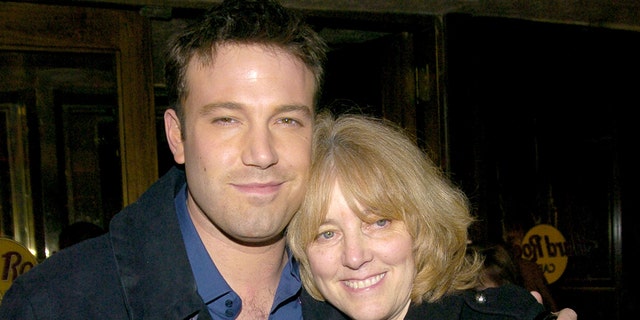 Despite Lopez being a beloved star in Hollywood, rumor has it that Affleck’s mother wasn’t too happy that her son was dating the “Selena” actress.

Citing the tabloid the National Examiner in November 2002, Pop Dirt reported that Affleck’s mom allegedly “refuse[d] to give their romance her blessing.”

The outlet’s source added: “And she shudders to think he might actually make Jennifer Lopez his wife.”

Calling off the wedding 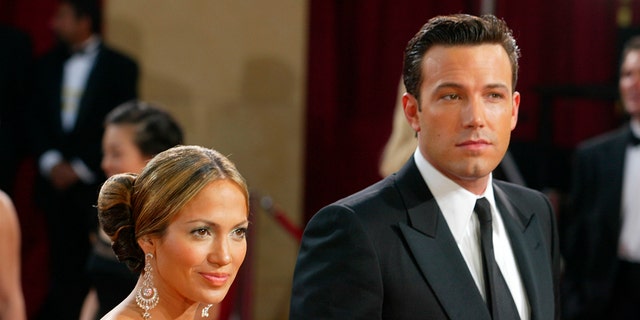 Lopez and Affleck called off their wedding in 2003 but had not yet officially broken up.  (Photo by Kevin Winter/Getty Images)

The two announced their engagement in 2002, just months after Lopez filed for divorce from Cris Judd, and the following year, “Bennifer” had postponed their wedding.

“Due to the excessive media attention surrounding our wedding, we have decided to postpone the date,” the couple confirmed in a statement at the time, per Pop Sugar.

It continued: “When we found ourselves seriously contemplating hiring three separate ‘decoy brides’ at three different locations, we realized that something was awry. We began to feel that the spirit of what should have been the happiest day of our lives could be compromised. We felt what should have been a joyful and sacred day could be spoiled for us, our families and our friends.”

The two split in 2004 but have been seen together frequently recently.
(Getty Images)

It seems that not many people are terribly surprised when a celebrity couple breaks up, but Lopez and Affleck’s relationship seemed doomed long before they announced their split.

Only a few months after postponing their wedding, the pair announced they were officially splitting up. Public attention is largely considered to be the reason for their breakup, and both stars have said as much in various interviews since.

While they may have felt that their story was over, it seems that wasn’t the case

The two haven’t confirmed their relationship, but have been spotted kissing one another.
(Getty Images/AP, File)

Years after splitting up, Lopez and Affleck have seemingly gotten back together.

While sources initially claimed that they were just “friends” that had some catching up to do, it quickly became clear that they were more than that.

The two enjoyed a getaway to Montana with one another earlier this month and even sparked hope in Affleck’s good pal Matt Damon that they had reconciled.

Rumor has it that they resumed communication as pen pals while Lopez was filming a movie and trouble between her and Rodriguez bubbled to the surface.

Though it seems they’re trying to keep a level head about getting back together,  things seem to be pretty official between the two after they were spotted kissing at the gym just days ago.