Jennifer Lopez struck a pose in a green bikini while on a getaway with her boyfriend Alex Rodriguez.

Now she's Jenny with the rock.

Alex Rodriguez and Jennifer Lopez stunned the world when the power couple announced they were engaged this weekend. Perhaps more surprising than their engagement was the million million dollar sparkler the basketball pro gifted his famous fiancee.

Over the past two decades, JLo has accepted several very expensive engagement rings. Let's take a look back at Lopez’s romantic past: 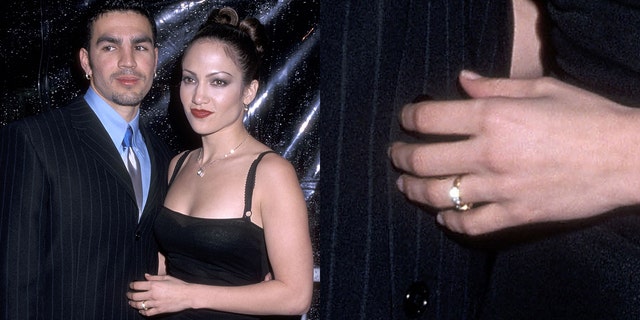 Jennifer Lopez and then-husband Ojani Noa at the Conga Room Grand Opening Celebration on February 23, 1998 at The Conga Room in Los Angeles, California.

In 1997, Lopez wed Ojani Noa, a waiter-turned-restaurateur at the time of their relationship. The marriage lasted less than a year and Noa has since attempted to release a sex tape between the two former lovers as revenge. Lopez sued Noa and eventually, a court-appointed arbitrator forbade Noa from “criticizing, denigrating, casting in a negative light or otherwise disparaging” JLo. 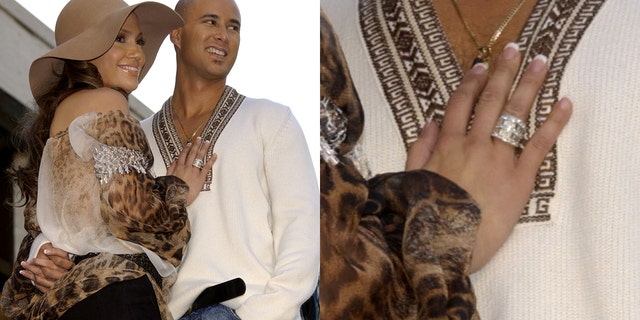 Lopez’s second romance came in the form of her former back-up dancer Cris Judd. Another marriage lasting less than a year, the couple’s divorce was finalized in 2003 while JLo was engaged to Ben Affleck. Judd gifted Lopez with an emerald-cut ring estimated to be six figures. 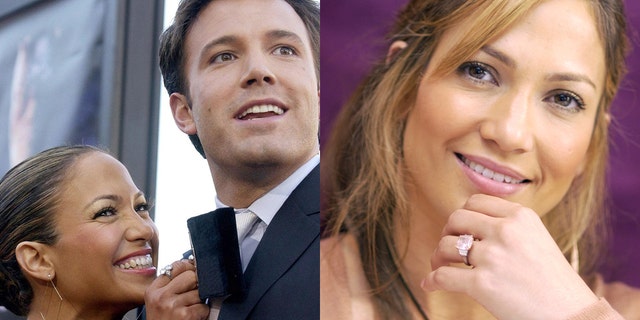 Jennifer Lopez and Ben Affleck never made it down the aisle.
(AP/Getty)

The iconic duo known as “Bennifer” took the media by storm with their romance. Both Ben Affleck and Lopez faced intense media scrutiny at the height of their relationship. The couple became engaged to wed, but Affleck called it off four days before the wedding. The “Daredevil” star blamed it on “excessive media attention.”

Affleck proposed with a 6.1-carat pink diamond engagement ring from Harry Winston, worth an estimated $2.5 million. 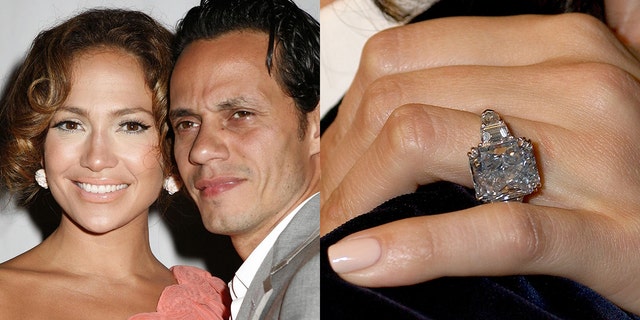 Jennifer Lopez and Marc Anthony were married for nearly a decade.
(AP/Getty)

Top-selling salsa artist Marc Anthony and JLo wed in 2004 and lasted nearly a decade. Announcing their split in 2011, the divorce was not finalized until 2014. The former couple are parents to twins Max and Emme.

Anthony proposed to J-Lo with an 8.5-carat blue diamond ring, also from Harry Winston. The ring is estimated to be worth $4 million. 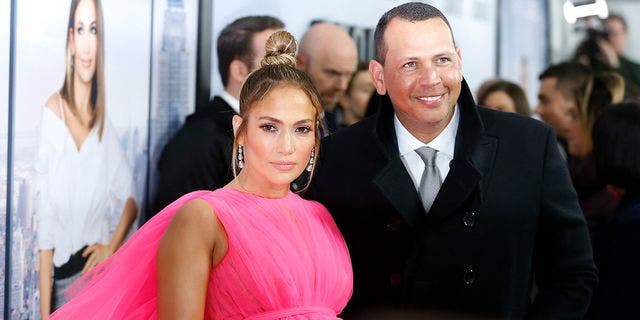 Lopez and the legendary MLB star Rodriguez announced their engagement this past Saturday via Instagram. The couple began dating in February 2017.

Rodriguez gifted his new fiancee with a 15-carat emerald-cut diamond engagement ring, which is estimated to be worth around $1 million to $5 million.