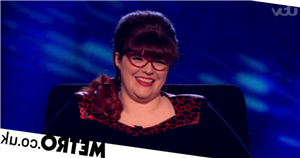 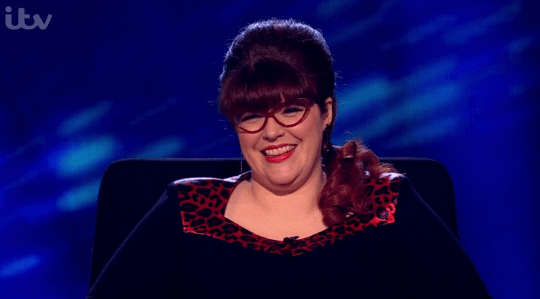 Jenny Ryan and Anne Hegerty educated a man who did not understand why Pride events took place.

The Chase star Jenny, 39, took to Twitter ahead of Manchester Pride this bank holiday weekend to remind her followers she would be performing at Via Manchester on Canal Street on Monday.

She wrote: ‘I hope everyone attending @ManchesterPride this weekend has a brilliant time!

‘I’ll be performing @ViaCanalStreet’s closing party on Monday night, give us a wave – if you make it that far,’ followed by a series of heart emoji in multiple colours to represent the rainbow flag, with its shades reflecting the diversity of the LGBTQ+ community and the spectrum of human sexuality and gender.

However, one puzzled person wrote in response: ‘I can’t understand these pride events. Gay people always say that they want to be inclusive and then go and advertise themselves as different.’

Hitting back, Jenny responded: ‘I suspect that it’s not that you “can’t understand”, Bob. It’s that you’re choosing to willfully misunderstand the purpose and origin of Pride events.

Police raids on gay bars were common and the raid stoked tensions between the cops and the gay community causing an uprising.

The year after the riots, the first gay pride marches took place in Chicago, Los Angeles, New York and San Francisco, with gay rights organisations being founded across the US and the world within a few years.

However, there are still 69 countries that have laws that criminalise homosexuality in the world.