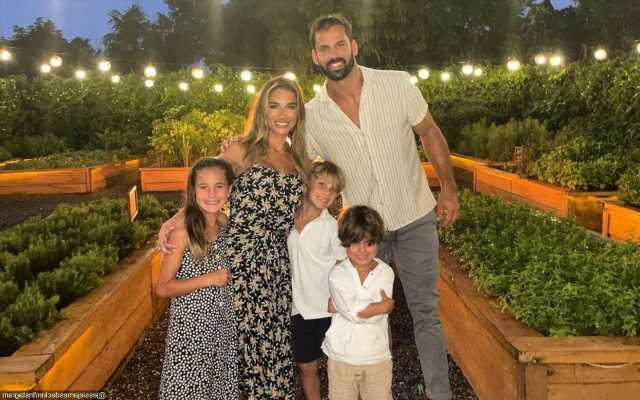 The former contestant of ‘Dancing with the Stars’, who shares three children with husband Erick Decker, also makes it clear that she and her spouse are so proud of their three children.

AceShowbiz –Jessie James Decker couldn’t care less about the recent backlash against her. When speaking about the criticism over her kids’ abs, the “I Still Love You” singer said it “doesn’t bother” her.

“I don’t know that I ever think too deep into it,” the 34-year-old shared in an interview with Fox News Digital. “It comes with the territory. But I feel like I know what a great mom I am, and I know my truth. So, it doesn’t bother me.”

Asked about her family’s reaction to the criticism, Jessie claimed, “We tune out the noise.” The musician went on to note that she and her husband Erick Decker are “proud of” their three kids, sons Forrest Bradley, 4, and Eric “Bubby” Thomas II, 7, and daughter Vivianne Rose.

The “[Dancing with the Stars]” alum came under fire after sharing photos from her family’s Thanksgiving getaway in Mexico in November. In the pics, the kids were seen posing adorably in their swimming suits.

Fans, however, were more focused on Jessie’s children and their “ripped” bodies. “That doesn’t look right … Sorry, not sorry,” one Instagram user commented underneath the post. Some others suggested that Jessie heavily edited the pic, while another user called them “strange.”

In response to the comments, Jessie fired back, “From one mother to another. Please don’t call my children’s appearance strange just because they don’t look the way you think they should.” She added, “It’s unkind.”

“It’s a sad world we live in today when having healthy fit kids who are super active, play sports [and] build muscle naturally is ‘weird,’ ” she wrote in response to another commenter. In another comment, the “Just Jessie” author sarcastically responded, “Surely this is an app but I don’t see anyone saying as much. Yeah I used an ‘ab’ app on my small children wtf.”