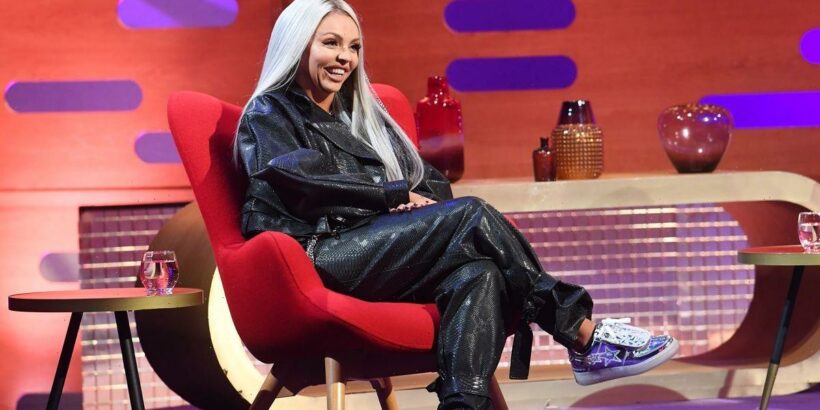 The 30 year old, who was recently forced to pull out of first live solo concert after testing positive for coronavirus, quit the band in December 2020 and has since launched a solo career including her first single, Boyz, which features Nicki Minaj.

In documents filed by Companies House on Tuesday 16 November, the band, which includes Perrie Edwards, Jade Thirlwall and Leigh-Anne Pinnock, reportedly paid Jesy £1,901,304 from Eternal Magic Touring which is the company that takes care of Little Mix's touring money, according to The Sun. OK! has contacted representatives of Jesy Nelson and Little Mix for comment.

It comes after Little Mix have released their new album, Between Us, as a celebration of ten years of the band.

Included in the album is all of their biggest hits along with brand new tracks such as Cut You Off, which fans speculate is about their former bandmate, Jesy. After a seemingly amicable departure from Little Mix, things have turned in recent weeks since the launch of Jesy’s solo single. She even admitted on Graham Norton’s late night show that she is not in contact with the band anymore.

Jesy has teased more of her new music on Instagram, as an insider told The Sun: “Jesy has been writing and recording all year and is really proud of her music. So far about five songs have been completed and they are a mixture of ballads and pop hits.

“She doesn't live in a bubble and is aware of how divisive Boyz was but it's making her more determined than ever to make the next single perfect."

The rumours about her new music come in the wake of the backlash from her debut solo single Boyz, over claims that the singer was ‘blackfishing’ – a term coined by journalist Wanna Thompson to describe someone who is pretending to be black by using makeup, fake tan, hair products, fillers and even surgery to drastically change their appearance.