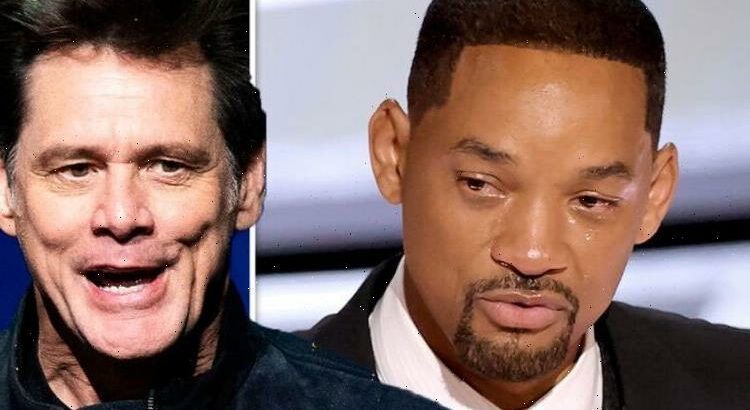 Will Smith's mother opens up on infamous Oscar slap

Hollywood actor Jim Carrey has declared he “would have sued” King Richard actor Will Smith for $200 million if he had been the one slapped by the star at the Oscars. In a new interview, Jim, 60, slammed the Men In Black actor for slapping comedian Chris Rock after his joke about Jada Pinkett Smith’s alopecia, while also blasting the audience for their “standing ovation” of the star.

I was sickened by the standing ovation

Following the slap, Will went on to receive the prestigious award of Best Actor for his role in King Richard.

After the announcement, he went on to receive a continuous round of applause from his fellow actors and Oscars audience.

However, The Truman Show star Jim slammed the audience for their applause which occurred just minutes after Will slapped comedian Chris for his remarks about Jada’s shaved head.

“I felt like Hollywood is just spineless en masse and it really felt like this is a really clear indication that we’re not the cool club anymore.”

The star went on to reveal what he would have done if he had been slapped by the Aladdin star, adding Will “didn’t have the right” to hit the comedian.

Jim continued: “I’d have announced this morning that I was suing Will for 200 million dollars because that video is going to be there forever, it’s going to be ubiquitous.

“That insult is going to last a very long time.”

Chris has yet to break his silence on the incident, though it has been reported he is not pressing charges. against the actor.

Explaining his reasoning, Jim went on: “If you want to yell from the audience and disapprove or show disapproval or say something on Twitter, you do not have the right to walk up on stage and smack somebody in the face because they said words.”

After it was suggested the situation “escalated”, Jim shared how he thinks the Men In Black star is “frustrated”.

He said: “It didn’t escalate, it came out of nowhere because Will has something going on inside him that’s frustrated.

“I wish him the best, I really do. I don’t have anything against Will Smith, he’s done great things.

“But that was not a good moment,” he said, adding the moment cast a shadow over the evening.

Jim went on: “It cast a pall over everybody’s shining moment last night. A lot of people worked really hard to get to that place.

“And to have their moment in the sun, to get their award for the really hard work they did, it is no mean feat to go through all the stuff you have to go through when you are nominated for an Oscar.

“It’s a gauntlet of devotion that you have to do.

“It was such a selfish moment that cast a pall over the whole thing,” he said to US show CBS This Morning.

A day after the incident, Will took to Instagram to express “regret” over his actions at the awards ceremony and also explain why the joke was “too much for [him] to bear”.

He told his 61.9 million followers he “reacted emotionally” to the joke, before adding that he “publicly apologises” to Chris, saying he was “out of line and wrong”.