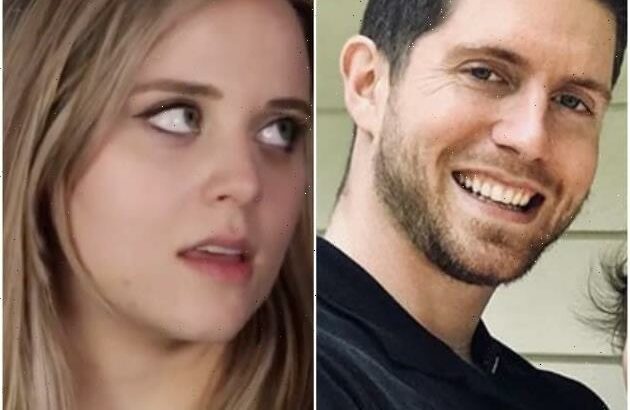 There’s a lot going on in the Duggar family these days.

Josh Duggar’s arrest on child pornography charges has thrown the entire Counting On clan for a loop, and it often seems that the family is unraveling at the scenes.

The Duggars were beset by internal discord prior to Josh’s arrest, and these days, family feuds that previously would have made tabloid headlines are being overshadowed by the ongoing drama surrounding Josh.

Ben, as you probably know, was only the second suitor to marry into the Duggar clan after the family found fame through their first TLC reality show.

And it seems Jinger is somewhat skeptical of his motives for courting for her older sister.

Ben and Jessa met when he attended Sunday services at the Duggars’ church.

Apparently, that was a common practice for eligible Christian singles in those days, most of whom seemed to want a chunk of the family fortune.

Jim Bob’s daughters were well aware of the possibility that they might be used by over-eager young man hoping for a chance to appear on television.

Even though Ben was one of the shady characters who showed up out of nowhere with a sudden interest in joining the Duggars’ congregation, it seems that Jessa was smitten with her future husband from the very start.

But while Jessa may have been all-in on Ben from the beginning, her sisters had some serious doubts.

Jinger appeared on the Dinner Party With Jeremy Fall podcast last week, and she discussed all of the sketchy suitors whom she and her sisters encountered in the early years of their fame.

“There were a lot of guys who came around, sometimes they would come visit the family or visit our church — that was a good ‘in’ for some guys,” Jinger revealed.

Jinger went on to explain that most of guys who showed up in the pews unannounced were disregarded immediately.

However, Jessa was smitten with Ben from the moment she saw him in the congregation — and the rest is history.

“It just felt so bizarre because it’s like, ‘who are you? I don’t know you,’” Jinger said of the strangers who pursued her and her sisters in those days.

“The relationship side of things wasn’t even there, it wasn’t like ‘Oh look, I’ve been hanging out for a while and get to know your family and then we’ll see if anything happens,’” she explained, as reported by UK tabloid The Sun.

“They would say to my family, my parents or something, ‘Oh yeah, I’m so interested in your daughter.’”

Jinger never mentioned Ben by name in the interview, but it’s impossible not to think of him based on Jinger’s comments.

After all, she described exactly how Ben and Jessa met!

Jessa detailed their first encounter in a 2017 blog post that she penned on the occasion of Ben’s birthday.

“When I first laid eyes on you, a dapper seventeen-year-old young man, I never could’ve dreamt of what the future held for us. It was 10:15 am on a Sunday morning,” the Counting On star wrote.

“I was late for church as I came scurrying through the door with a couple of siblings in tow. In the midst of the commotion I spotted you, the ‘new guy,’ and our eyes met for a second…” Jessa continued.

From there, Ben fed Jessa some BS about how he was in the area because he was “thinking about” applying to the University of Arkansas at Fayetteville.

Ben had made a weekend trip from his native Hot Springs, Arkansas in order to check out the school, and when it came time to attend Sunday services, he just happened to end up at the same house of worship that the Duggars attend.

Of course, Seewald never ended up enrolling at the university, but he didn’t need to, as he married into the then-wealthy Duggar clan not long after his first meeting with Jessa.

So yeah, it’s really not hard to see why Jinger might be a little bit suspicious of the man’s motives.