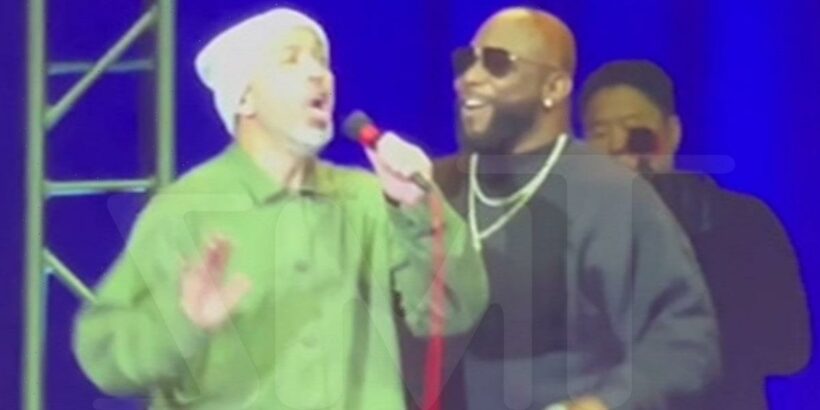 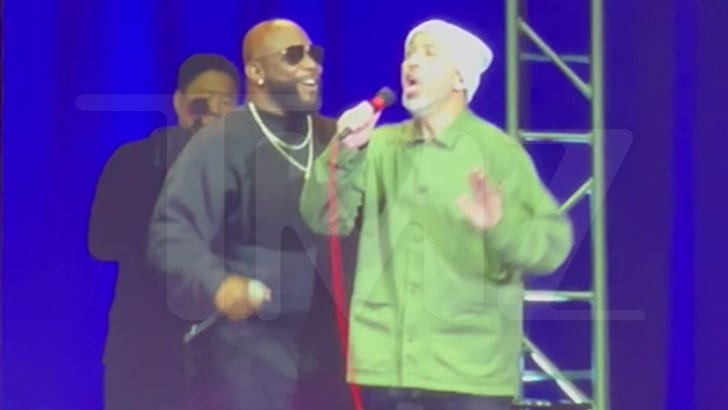 Jo Koy might have kicked off a new singing career, well kinda… during his comedy show, he surprised the audience with Boyz II Men’s Wanya Morris and he even busted out his own vocals.

It happened Sunday night during Jo’s sold-out comedy show at the Toyota Arena in Ontario, CA … Jo brought out his longtime friend and the Boyz II Men singer and they both sang the 1994 hit song, “I’ll Make Love To You.”

Jo didn’t bring out the other two B2M members Nathan Morris and Shawn Stockman, but he had no problem stepping up to the mic to sing in their place.

Folks who were there tell TMZ … Jo cracked jokes, talking about which songs are panty-droppers … and that’s when he brought out Wanya. The night wasn’t all jokey. Jo sang Nathan Morris’ baritone part and impressed the audience with his vocals.

The song is a classic throwback jam. It spent 14 weeks topping Billboard Hot 100, making it the 3rd best performing song in the 1990s. It also ranked on Billboard’s Greatest of All-Time chart.

The show was a part of Jo’s “Just Kidding World Tour,” but it’s safe to say he wasn’t playing around when singing this song!