Gia and Milania Giudice tried making another TikTok video with their dad, Joe, while in Italy, but he couldn’t keep up and the result is hilarious!

Gia, 19, and Milania Giudice, 14, appear to be having fun with their dad, Joe, 48, in Italy. They proved that on TikTok over the weekend, when they attempted a choreographed dance with him and shared the hilarious clip on the social media platform. Sadly, it doesn’t look like Joe retained anything he learned from the dancing class he took with the cast of RHONJ during Season 1), because… well, we’ll let the video below speak for itself.

Hilarious, right? We give Joe major points for being such a good sport. And you can tell how happy he is to be spending time with his two daughter. Gia and Milania arrived in Europe on November 6, when they reunited with their father for the first time in nearly a year.

Despite the ongoing worldwide pandemic, the girls chose to move forward with their travel plans and based on what they’ve been documenting of their visit on social media, they appear to be making the most of the time with their dad. 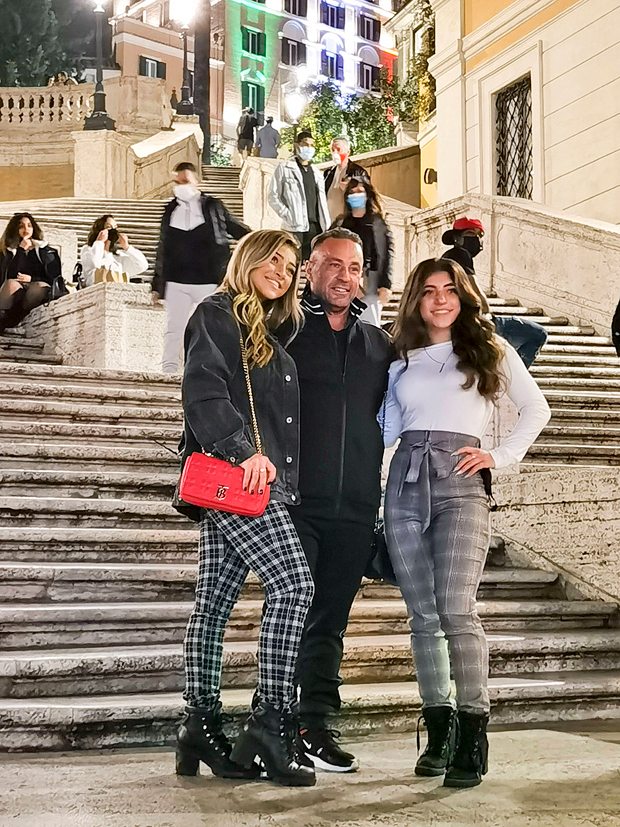 Following their arrival in Italy, a source close to the family spoke to HollywoodLife EXCLUSIVELY and revealed Teresa Giudice‘s reaction to her daughters traveling without her. “Teresa spoke to Joe and the girls as soon as they landed to make sure they got there safely,” the insider told us.

“They know there are risks with traveling, but as a family, they decided it was okay to go. The plan right now is to be there for about 10 days or 2 weeks, but they are prepared to stay longer if they have to … Both parents knew the risks of them going, but the girls couldn’t bear being away from Joe any longer,” the source added.

Before their arrival in Italy earlier this month, Gia and Milania, whose sisters Gabriella, 16, and Audriana, 11, had to stay behind in New Jersey due to school, hadn’t seen their father since Dec. 2019. It was their first time seeing him since he was released from prison and moved to the European country in Oct. 2019. He tried appealing his deportation ruling three times, but he was denied each time, following a 41-month prison sentence for fraud.