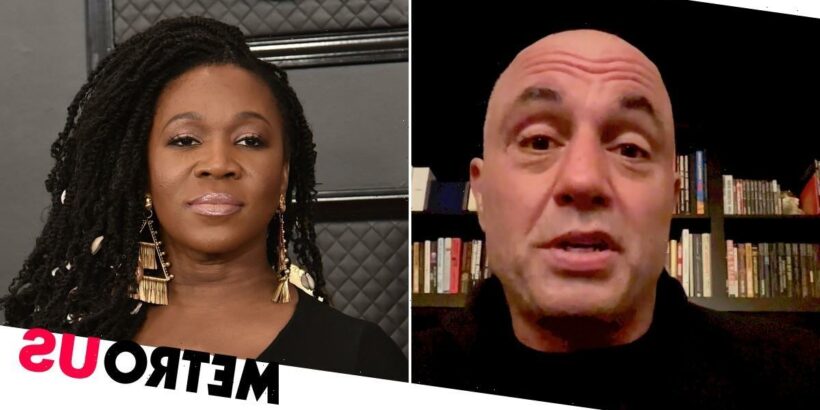 Joe Rogan has apologised after India Arie shared a compilation of clips of him using the N-word multiple times on his podcast, calling it ‘the most regretful and shameful thing that I’ve ever had to talk about publicly’.

The 54-year-old podcaster found himself facing fresh backlash after musician Arie shared the video and then confirmed she was leaving Spotify due to Rogan’s ‘language around race’.

She added that ‘Neil Young opened a door that I MUST walk through’, after the music icon pulled his entire catalogue from the platform in protest over comedian Rogan’s views on the Covid-19 vaccine.

The podcaster apologised for the latest controversy in a video on his Instagram on Saturday, explaining: ‘It’s a video made of clips, taken out of context, of me of 12 years of conversations on my podcast. It’s all smushed together and it looks f**king horrible, even to me.’

Trying to explain his reasoning in using the racial slur, The Joe Rogan Experience host continued: ‘I know for most people there’s no context where a white person is ever allowed to say that word, never mind in public on a podcast – and I agree with that now.

‘I haven’t said it for years. But for a long time, when I would bring that word up, instead of saying the N-word, I would just say the word. I thought as long as it was in context people would understand what I was doing.’ 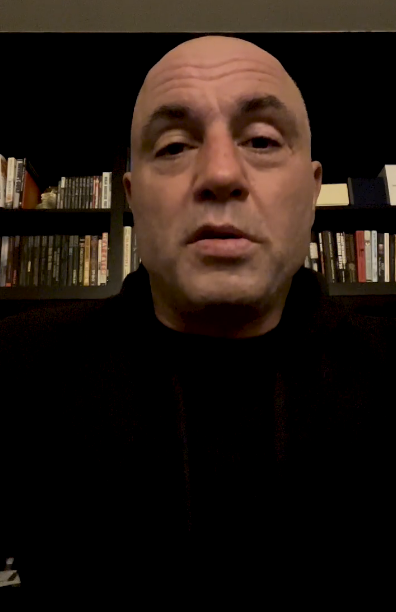 He then listed examples, such as the name of some of Richard Pryor’s comedy albums or quoting ‘a Lenny Bruce bit’ or discussing Tarantino’s repeated use of it in Pulp Fiction.

Rogan then conceded that it was ‘a very unusual word, but it is not my word to use’.

‘I’m well aware of that now,’ he added. ‘I never used it to be racist, because I’m not racist, but whenever you’re in situation where you have to say ‘I’m not racist’, you’ve f**ked up. And I’ve clearly f**ked up.’

After saying he wished he could take it back, the comedian said he hoped ‘if anything, that this can be a teachable moment’.

Rogan then moved on to address a second video, from a now-deleted podcast from 11 years ago that saw him compare a Black neighbourhood to the film Planet of the Apes.

Explaining that he and a group of friends went to see the movie while ‘really high’ and got dropped off in an all-Black neighbourhood that they didn’t know, he said: ‘I was trying to make the story entertaining. I said: “We got out and it was like we were in Africa, we were in Planet of the Apes.”

‘I did not and nor would I ever say that Black people were apes, but it sure f***ing sounded like that. I immediately afterwards said it was a racist thing to say; Planet of the Apes wasn’t even in Africa.’

Offering his ‘sincere, deepest apologies’ for two resurfaced videos, Rogan captioned the post: ‘There’s been a lot of s**t from the old episodes of the podcast that I wish I hadn’t said, or had said differently. This is my take on the worst of it.’

Referring to the clips of Rogan using the N-word, Arie had said her position was that he ‘shouldn’t even be uttering the word, don’t even say it under any context’.

She mentioned reports that Rogan signed a $100million (£73million) deal with Spotify, and claimed the company pays musicians a fraction of what they should be paid despite music being the ‘backbone of the service’.

She went on to claim that that money is being invested into creators like Rogan and asked: ‘What if we all leave?’

‘Do what you want but take me off,’ she added. ‘Or, pay me too. And I don’t just mean me. Us, artists like me. Pay artists of colour too.’

Rogan has previously addressed allegations of racism against him, saying: ‘It’s not real racism, it’s a joke. There’s a difference.’

Comedian-turned-MMA commentator Rogan is behind Spotify’s most popular podcast, with an estimated 11million listeners per episode, and has faced criticism for his views on the Covid-19 vaccine, including him previously urging ‘young, healthy’ people not to get jabbed.

In response, various artists have demanded their music is taken down from Spotify.

Meanwhile, James Blunt’s tongue-in-cheek threat to release new music if Spotify didn’t remove Rogan’s podcast has worked in the former Army officer’s favour, when his greatest hits album The Stars Beneath My Feet briefly boasted the number one spot on the Amazon best-seller chart on Friday.

In a lengthy video, Rogan responded by saying: ‘I’m not trying to promote misinformation, I’m not trying to be controversial. I’ve never tried to do anything with this podcast other than just talk to people and have interesting conversations.’

Spotify has said it will put content warnings on all podcast episodes that contain discussions of Covid-19.