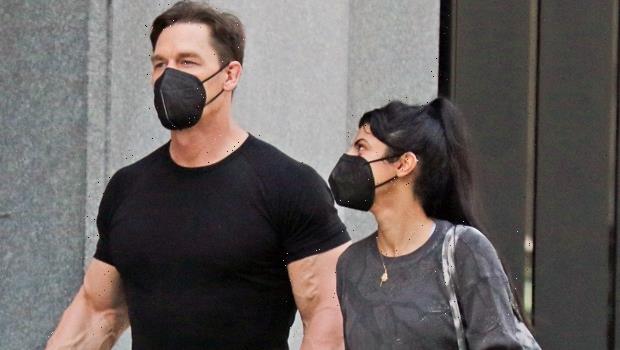 John Cena and his beautiful wife Shay Shariatzadeh showed off newlywed PDA while walking in her native Vancouver, as he took a day off from filming his new TV series.

Back to where it all began! John Cena fell for Vancouver, BC projects manager Shay Shariatzadeh, 31, in March 2019, while the actor was in Canada to film Playing with Fire. Now his shooting schedule has the couple back in her hometown, where they were photographed walking hand in hand during a stroll on Apr. 19, 2021. At one point John even saw the paparazzo snapping pictures and gave a friendly “thumbs up” sign.

The couple looked like they could have come from a workout. John wore a body hugging black-shirt that showed off his incredibly muscular chest. His buff leg muscles were on display thanks to his grey, thigh-skimming shorts. He wore black trainers, as well as a black face mask. Shay donned black leggings, a long-sleeved grey athleisure top and running shoes. She had her long brunette locks pulled back in a pony tail. 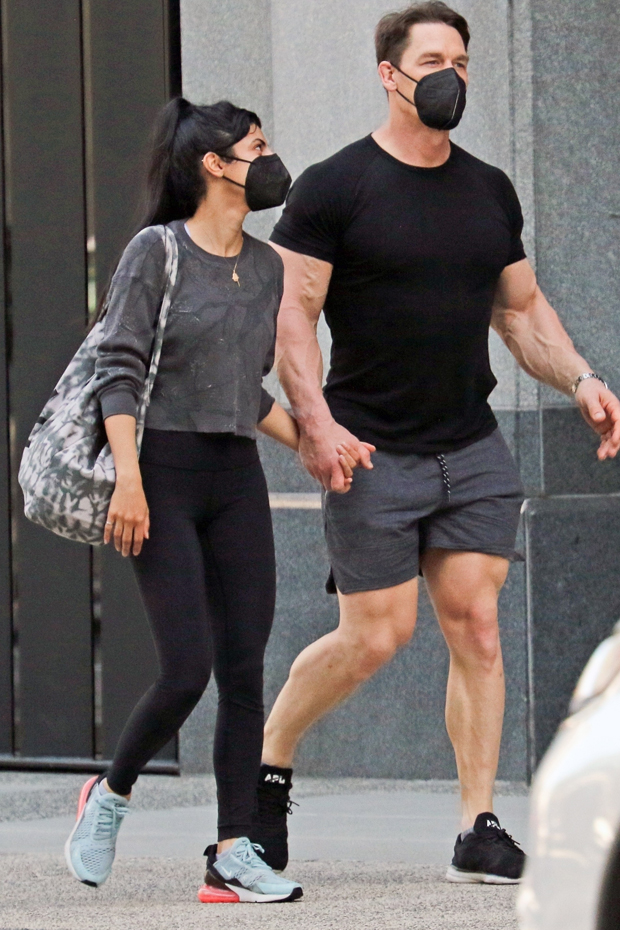 The couple has been in Vancouver since Feb. 2021, where John is shooting the Suicide Squad spin-off Peacemaker, which is due to arrive on HBO Max starting in January 2022. The two have been a fixture around Vancouver on his days off from filming, seeming to take healthy walks to all of their destinations and always holding hands.

While John and Shay are no strangers to showing off PDA, they were incredibly private when it came to tying the knot. The two secretly married in October 2020 in an attorney’s office in Tampa, Florida. So far, she’s been very good at hiding her left hand, as paparazzi haven’t been able to get a snapshot of her wedding or engagement rings. John went without a ring during this latest outing, while Shay’s left hand was wrapped around John’s right hand. 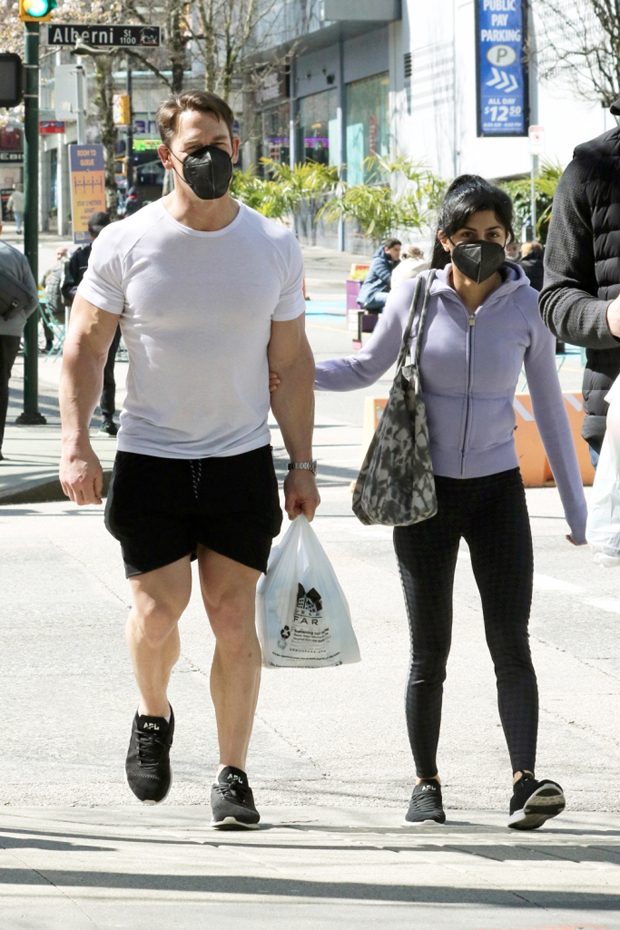 John was previously engaged to fellow WWE star Nikki Bella, 37, and with the Total Bellas star for six years. They split in Apr. 2018, just weeks ahead of their destination wedding. Ultimately, Nikki wanted a family, while John remained adamant about not having children. She’s now engaged to her former Dancing with the Stars pro partner Artem Chigvintsev, 38, and they welcomed their first child — son Matteo — on July 31, 2020.  Nikki is so thrilled with her own family life that she extended her best wishes to her ex John on his marriage. During an appearance on the All Things Vanderpump podcast in December 2020, Nikki said, “John, congratulations on your wedding. I’m very, very happy for you.”