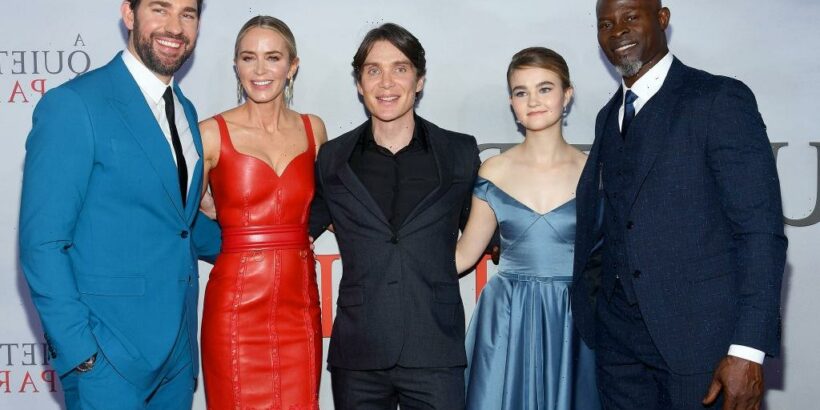 Over the holiday weekend, A Quiet Place Part II arrived in theaters. The film is The Office star John Krasinski and his wife and fellow co-star Emily Blunt‘s follow-up to the 2018 hit, A Quiet Place. While many celebrities chimed in to rave about it’s release, comedian Amy Schumer didn’t hesitate to join in — with a little something extra aimed at Krasinski and Blunt’s marriage. Here’s how Krasinski responded in the most Jim-like way possible. 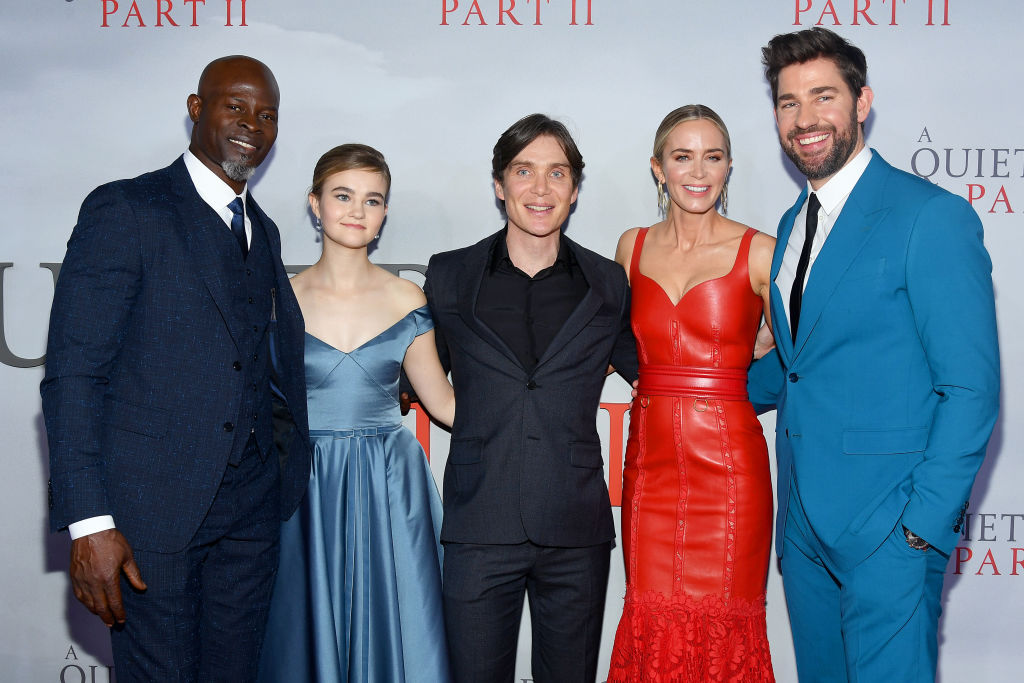 Krasinski and Blunt‘s second dose of alien takeovers arrived in theaters over Memorial Day weekend and, according to many who’ve seen it, the film lives up to the hype. However, despite having worked on the first film, Krasinski feared one particular scene with Blunt in the sequel.

In an interview with USA Today, Krasinski explained the opening scene in the movie. It takes fans back to where it all began with the alien invasion, and also when Krasinski’s character was alive. After the mystery creatures land, Blunt’s character tries to escape by reversing her car down a road. The street is filled with people and other cars as a bus driven by an alien speeds toward her.

“I said, ‘Do you want to rehearse this once?’ And she said, ‘No, I want you to get the real reaction,’” Krasinski said, explaining the scene had been rehearsed for three weeks but Blunt wanted to improvise her part. “So that shot is what’s in the movie: That was the first time she was ever in that car, and that bus is actually coming at her at 40 miles an hour.”

He continued: “Right as I closed the door and before I called action, I thought, ‘Did I just put my marriage on the line? This could go very badly for a lot of reasons.’”

Blunt and Krasinski are ‘relationship goals’

Luckily, it didn’t and he and Blunt appear to be better than ever — even when working together.

“Everybody was wondering how it would go working with your spouse and so were we, we were very excited to see how that would go and by excited, I mean terrified,” he said about working with Blunt, according to BuzzFeed.

“On the first movie, I found the best collaborator of my entire life. She’s not only the best actress but she’s someone who puts everyone at ease because she’s so unbelievably prepared, unbelievably professional and cares so deeply about the entire process…There were days when she wasn’t shooting, and she’d still come to set and she’d still see the shots and cheer us on. She is without a doubt, not only the best actress I have or will work with, but she’s the greatest collaborator I’ve ever had.”

Amy Schumer joked the marriage is a PR stunt

The love between Blunt and Krasinski is obvious but Schumer isn’t buying it. According to E! News, Schumer promoted the film over the holiday weekend in a now-deleted post.

“I loved every second of @aquietplacemovie even better than the first one which blew me away. Amazing to be in a movie theater!!” she captioned the photo. “And although Ive said for a long time I think Emily and John have a pretend marriage for publicity. But I still think you should see it this rainy weekend.”

The joke wasn’t lost on Krasinski who caught the post before it disappeared.

“Thank you Amy!…for blowing up our whole marriage spot,” he wrote, proving his Jim Halpert-like sense of humor has only gotten better with age.

It’s not the first Schumer joked about her celebrity friends

Schumer’s humor isn’t only directed at Krasinski and Blunt. She also posted to an Instagram story about pal, Emma Stone.

“It’s well known Emma stone is a toxic person but @disneycruella is amazing!!” she joked.

A Quiet Place Part II is playing in theaters now.