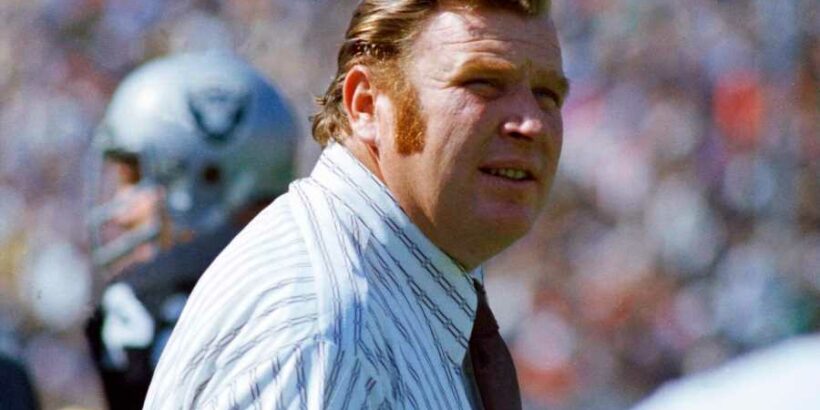 John Madden, the legendary NFL coach and broadcaster with a popular video game named after him, has died at age 85, the NFL announced.

The NFL said Madden died “unexpectedly” on Tuesday morning. The cause of death has not been disclosed.

“On behalf of the entire NFL family, we extend our condolences to Virginia, Mike, Joe and their families,” NFL Commissioner Roger Goodell said in a statement. “We all know him as the Hall of Fame coach of the Oakland Raiders and broadcaster who worked for every major network, but more than anything, he was a devoted husband, father and grandfather.

“Nobody loved football more than Coach. He was football. He was an incredible sounding board to me and so many others. There will never be another John Madden, and we will forever be indebted to him for all he did to make football and the NFL what it is today.”

Madden began his career playing football in high school, before earning a scholarship to the University of Oregon, and later went to play at Grays Harbor College, before moving to Cal Poly in San Luis Obispo where he played both offense and defense for the Mustangs and also served as a catcher for the school’s baseball team. He was drafted to the NFL’s Philadelphia Eagles in 1958, but he suffered a knee injury, which ended his professional playing career.

He launched his coaching career at Hancock Junior College before becoming a defensive coordinator at San Diego State.

Al Davis recruited him as a Raiders’ linesbacker coach in 1967. He became the team’s head coach after the 1968 season at the age of 32.

Madden served as the head coach of the Oakland Raiders for 10 seasons. Under his leadership, they won seven division titles and made the playoffs eight times. He led them to victory in Super Bowl XI against the Minnesota Vikings. He was inducted into the Pro Football Hall of Fame in 2006.

Madden was also renowned for his three-decades long broadcasting career that followed when he retired from coaching at age 42. He appeared on all four major networks, with endearingly everyday color commentary that included exclamations such as “wham,” “doink,” and “woosh.” He earned 16 Emmy Awards.

His name also became synonymous with the popular Madden NFL Football video game and he endorsed products ranging from beer to restaurants as an affable pitchman.