“Johnny is healthy and enjoying his time on the road with his band [Hollywood Vampires],” a source tells Us Weekly.

A second insider insists that the 54-year-old actor “purposely lost weight because he’s on tour and is trying to stay in shape.” They also noted that he “doesn’t have any major health issues or anything.”

Social media users began sharing their concerns about Depp’s well-being after photos of him outside a hotel in St. Petersburg, Russia, surfaced online in late May. He looked visibly thinner as he signed autographs for fans.

“I think my hero looks ill,” a Facebook user commented one of the pictures. An Instagram user wrote, “You are one of my favorite actors and I enjoy watching you in [movies] I hope you truly are okay.” 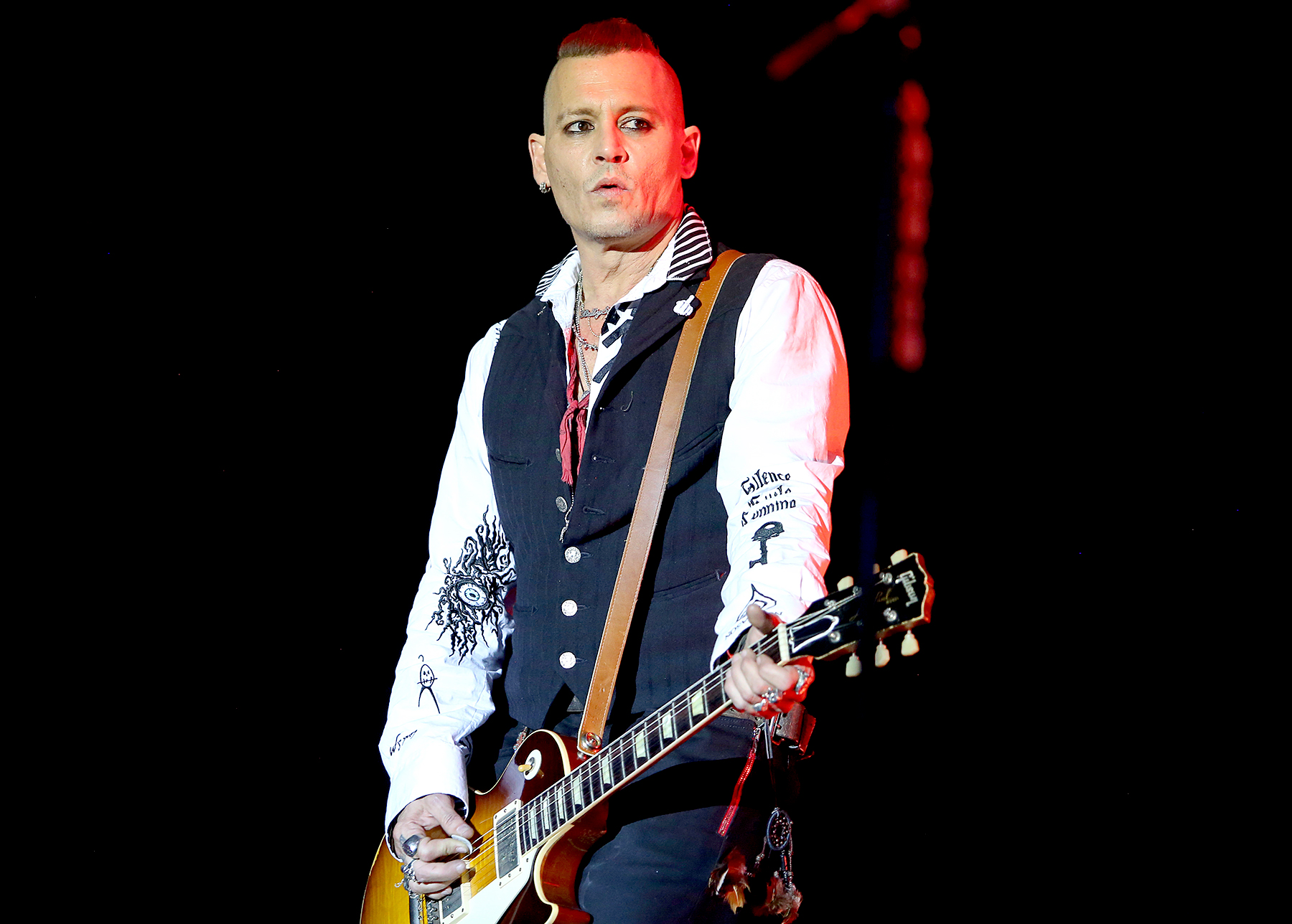 The Pirates of the Caribbean star formed Hollywood Vampires in 2015 with bandmates Alice Cooper and Joe Perry in honor of rock stars who died in the 1970s. The supergroup is named after the celebrity drinking club that Cooper, 70, formed with members including The Beatles’ John Lennon and Ringo Starr.

The past few years have been tough for Depp. He finalized his divorce from his second wife, Amber Heard, in January 2017 after she claimed that he had been verbally and physically abusive toward her. The former couple acknowledged in an August 2016 statement that their “relationship was intensely passionate and at times volatile, but always bound by love.” Heard, 32, pledged to donate the $7 million she received in the divorce settlement to the American Civil Liberties Union and the Children’s Hospital Los Angeles.

More recently, the three-time Oscar nominee was accused in a Page Six report of drunkenly trying to attack a crew member on the set of his upcoming movie LAbyrinth. However, the film’s director, Brad Furman, said in a statement to Us Weekly in May, “Johnny Depp is a consummate professional, great collaborator and a supporter of other artists. He always treats the crew and people around him with the utmost respect.”