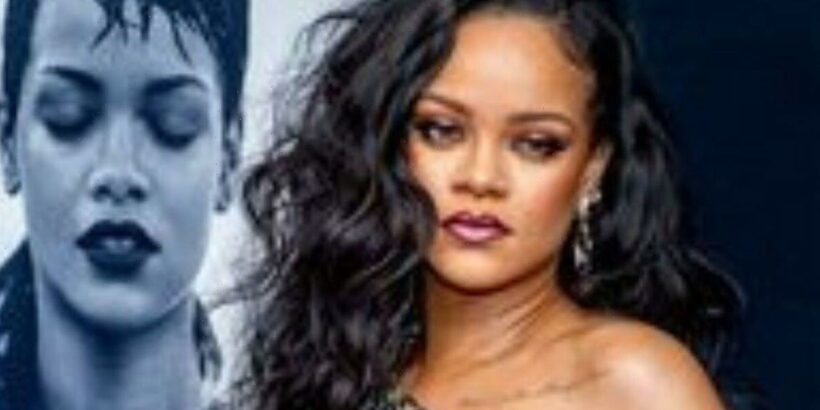 Johnny Depp’s representatives have confirmed that he will become the first man ever to have a “spotlight segment” at Rihanna’s Savage X Fenty fashion show. The news has sparked dismay among some of Rihanna’s fans, including Years and Years singer Olly Alexander. He told the world via Twitter that he will no longer be wearing Rihanna’s outfits or appearing at her show after the decision to feature Johnny.

Olly – an actor in the Channel 4 drama series It’s A Sin, and a pop singer in Years and Years – has said he “won’t be wearing” Rihanna’s clothing now Johnny Depp is involved.

Initially, he posted a sad face in reaction to a tweet stating: “Depp will become the first man to have his own spotlight segment at Rihanna’s Savage X Fenty fashion show.”

The flamboyantly dressed star was challenged by fans, one of whom lamented: “But Savage X Fenty is you baby… you wear it so well.”

He responded defiantly: “Thank you but after this news I won’t be wearing it anymore.”

Olly’s last photoshoot for Rihanna had been hugely successful, featuring the star in a bright red harness in honour of Valentine’s Day, plus saucy satin boxer shorts.

The range was a sell-out after he was paid by the brand to post photos from the collaboration on his Instagram page, captioning the images: “Your love is a hallucination.”

Yet he has now vowed he will no longer be slipping into any of her lingerie, taking a stand against the inclusion of Johnny.

Johnny’s appearance comes months after his trial against ex-wife Amber Heard over her op-ed in which she described herself as a victim of domestic violence, but didn’t mention Depp by name.

After weeks of testimony at Fairfax County Court, Johnny won his defamation case and Amber was ordered to pay him $8m in damages.

The Aquaman actress has filed an appeal.

In March 2021, Depp lost a lawsuit in the UK against The Sun newspaper, over a headline declaring him a “wife beater”, which a judge ruled was “substantially true”.

Rihanna has previously invited supermodels such as Cindy Crawford, plus Madonna’s daughter Lourdes, to take part, while this year Cara Delevingne and Irina Shayk will also be present.

The “fashion experience” will make its debut on November 9 this year via Amazon Prime.

Rihanna has a 30 percent stake in Savage X Fenty, and it is co-owned by the French luxury conglomerate LVMH, which also part-owns the Barbadian singer’s Fenty Beauty and Fenty Skin lines.

The brand names are derived from Rihanna’s surname, Fenty, while her first name is Robyn.

Meanwhile, Rihanna released her first piece of musical material in six years last week, with the eagerly-anticipated song Lift Me Up.

It will star in the upcoming Black Panther film Wakanda Forever, and some fans flocked to Instagram to admit they had “tears in their eyes” after listening to the emotional new track.

Rihanna has made no comment on the Johnny vs Amber court case, although it is claimed that she personally chose Johnny to appear in the fashion show.

She is no stranger to experiences with domestic violence herself, as back in 2009 her then boyfriend Chris Brown assaulted her in a Lamborghini just hours before the Grammy Awards.

She was left with a bloodied lip, a black eye and bruising to her face as the pair rowed while he was driving, and Chris claimed she had spat blood in his face after he threw a punch.

However, Rihanna later claimed she will probably “always” love him and has rebuilt her friendship with him, during her appearance on the Oprah Winfrey Supersoul Conversations Podcast.