Power continues to live in through a series of spin-offs including one focusing on the character of Tommy Egan (played by Joseph Sikora). Tommy was the right-hand man to lead James “Ghost” St Patrick (Omari Hardwick), despite botching up things within their business. Power fans are curious to know about the actor away from Power.

His family lived in the neighbourhoods of Jefferson Park and Norwood Park, attending school and college in Chicago.

Although he was born in America, Sikora is of Polish descent and is deeply proud of his European roots.

Speaking on the Meal of Your Life podcast with Billy Dec in 2017, Sikora said: “I always really wanted to be an actor.” 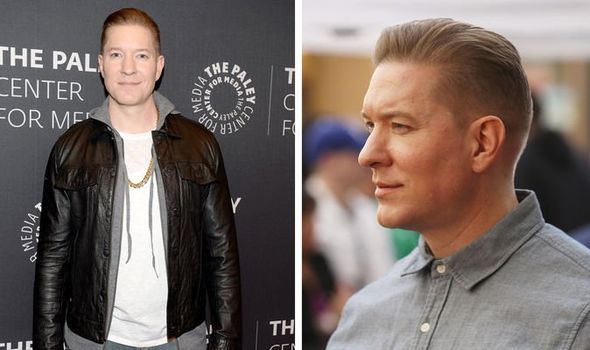 He went on to say: “I wanted to express myself. I was always this happy kid, looking for an outlet.”

Sikora said of his identity: “My grandmother was very sick when I was 10 and she was the love of my life and that was my whole identity: my grandmother.

“My grandmother, she’s a northwest side Polish-American and she was the one who taught me a little bit of Polish when I was a kid.

“That was my identity. I’m a Polish-American because my grandmother is. The language, I love the language. It was like our own secret language.” He said he still spoke some Polish now as an adult.

He previously admitted to a fan on Twitter how he could speak “a bit” of Polish but said his bilingual skills were “not great”.

Sadly, Sikora’s grandmother died when he turned 11 and he decided he wanted to use acting to express himself.

Sikora has spoken of his love of Polish-American food as well as vodka from Poland.

The star even shared a cheeky snap on Instagram in which he was wearing a T-shirt on St Patrick Day which had the slogan: “Everyone is a little Irish on St Patrick’s Day except the Polish. We’re still Polish.”

He captioned the post, which he shared with his 2.2million followers: “Dzień Świętego Patryka! Happy St. Paddy’s day everybody!”

Power has proved a huge springboard for Sikora who has landed many other projects off the back of the Starz series.

Some of his other credits include Ozark, Maniac, Jacob’s Ladder and Chicago P.D.

He will be coming back to his role as Tommy when he takes the lead in his own spin-off called Power Book IV: Force.

The star is not resting on his laurels though and is also going to be appearing in Teeth & Lungs, Don’t Fear, The Separatists and The Shivering Truth.