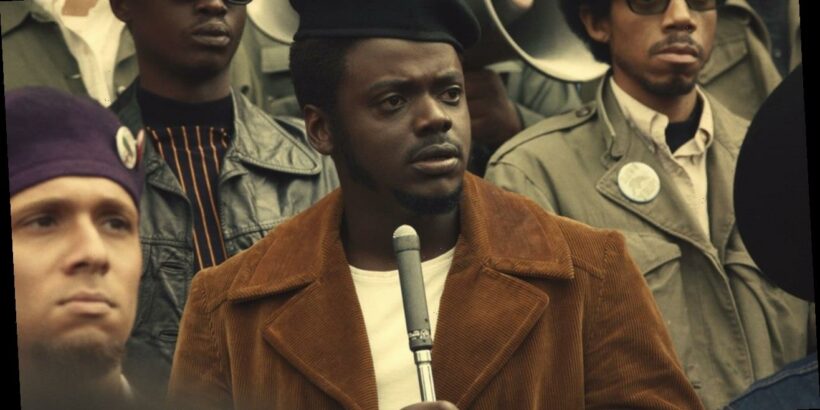 Amid the social reckoning on racial injustice in our country, Judas and the Black Messiah is a film that couldn’t have come at a more profound time.

The biographical drama, directed by Shaka King, tells the true story of FBI informant William O’Neal (LaKeith Stanfield) who infiltrates the Illinois chapter of the Black Panther Party to gather intelligence on Chairman Fred Hampton (Daniel Kaluuya), leading to the police raid and killing of Hampton in 1969 when he was just 21.

Costume designer Charlese Antoinette Jones recreated the historical uniform of the Black Panther Party in the late ’60s, such as incorporating the iconic beret.

ET spoke with Jones on her research process and the impact of her work in the film, set to release in theaters and available to stream on HBO Max on Feb. 12. The designer details her inspiration for the film’s wardrobe and how she used one important accessory to signial the life-altering betrayal of Hampton.

Jones dived deep into researching the style of the late ’60s before sourcing dead stock, vintage pieces and rentals for the costumes. Archival fashion and lifestyle magazines from the era were especially educational.

“Regarding fashion and trends, I looked to a lot of magazines,” Jones told ET. “Particularly because we were depicting the south side of Chicago. I looked at a lot of Black magazines like Ebony. Also Life magazine. Also looked at GQ. There’s a GQ issue, March 1969, called ‘The Chicago Look’ and that specific issue I looked to a lot for inspiration for designing LaKeith’s character, O’Neal, and also Lil Rel Howery’s character [Wayne]. The Life magazine was super informative because it had an issue about the Chicago police specifically.”

She also combed through 1969 catalogs from department stores like JCPenney and Sears, which “were just so helpful knowing exactly what individual pieces were in rotation during that year.”

Jones also watched documentaries about the Black Panther Party, specifically on the Illinois chapter and Hampton, such as Black Power Mixtape 1967-1975.

“It’s got a general overview of the Panthers and it’s amazing because there’s a ton of footage in it in color, so we were able to decide on a lot of the color palette based on this footage,” Jones said.

Creating color palettes through the clothing and accessories was an important part of Jones’ sartorial storytelling. 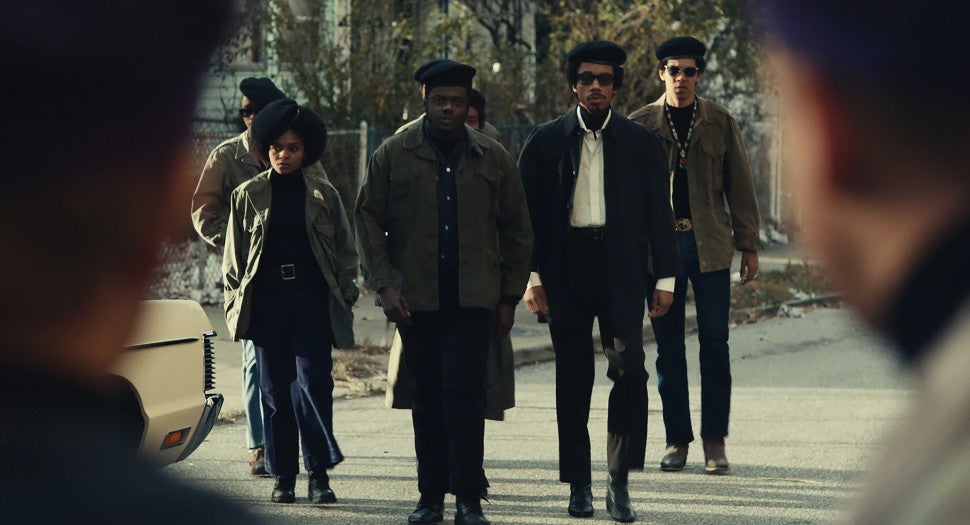 “The color palette is partially dictated by the ‘60s and what colors were predominant during ’69. The Panthers’ color palette is more of a warm, earth tones palette. It’s just one of those feelings of community and being grounded,” she explained.

One of the most recognizable accessories of the Black Panther Party is the beret. Jones rented the hats from a costume house and military clothing supplier. The berets were aged down so they looked more worn and were customized for the actors.

“We had Panthers in various styles of berets, and we picked who wore what style based off of research, but also how big their hair was and how big their afro wigs were,” Jones explained. 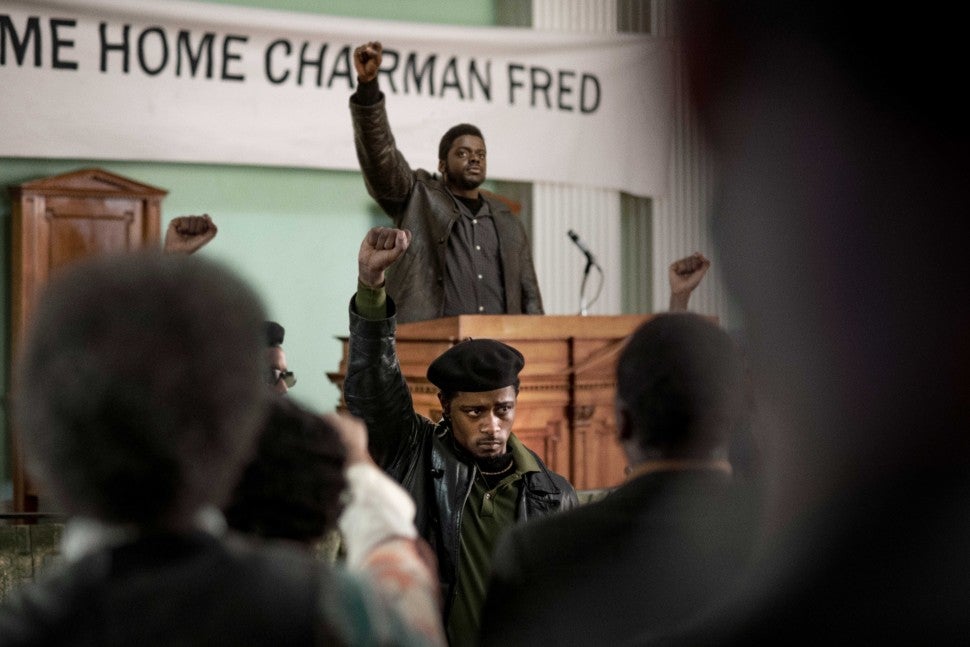 The beret also signified O’Neal’s betrayal as a form of disguise.

“When you look at images of Chairman Fred, he doesn’t wear a beret often,” Jones said. “The only time he wears a beret in the film is when they’re going together to take care of official business and when they would meet with other members of the Rainbow Coalition and the other groups — that’s the only time you’ll really see Daniel as Chairman Fred wearing the beret and everyone is wearing a beret.”

“O’Neal wears berets all the time because he’s playing a part and he’s overdoing it. He’s playing the part of a Panther,” she added.

The multi-talented costume designer expressed her work on Judas and the Black Messiah holds personal and cultural significance for her.

“It means so many different things. One, the culmination of my career and all the hard work that I have done up to this point — to be able to do a project like this and for it to be getting recognition and notoriety. It feels like a sigh of relief in a lot of ways,” Jones shared.

Jones also has her own custom jewelry line, Char Ant Gold, and is the founder of Black Designer Database, a digital community where Black designers are connected with fashion and entertainment industry professionals for media and consumer opportunities.

In addition to being a professional milestone, Jones’ work in the film has had immediate impact in the Black community.

“And on the flip side of that, not about me, I’ve had several people who’ve seen screeners or early screenings reach out to me, particularly from my community, Black people, are just like so emotional,” she continues. “And they’re like, thank you so much for depicting us in this way through clothing, making us look beautiful. I don’t think people outside of our community understand how important it is for us to see ourselves onscreen in these kinds of ways and our stories being told in these kinds of ways, so that has been really beautiful and moving.”

“The big message of this movie is that we need each other to fight against injustice. Also, a lot of the message is about self-determination and community, so I think those are really good messages to start out 2021 with.”

Editor’s note: The interview was edited for length and clarity.