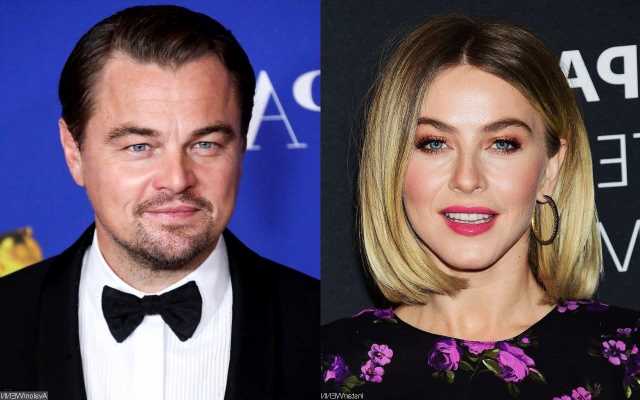 In a since-deleted viral video, the former ‘Dancing with the Stars’ champion is reported to have hooked up with the ‘Wolf of Wall Street’ actor and not impressed with his lovemaking skills.

AceShowbiz –Julianne Hough might have spoken out about Leonardo DiCaprio‘s lovemaking performance to her family. Revealed by her niece Star, the former “Dancing with the Stars” champion is alleged to have branded “The Wolf of Wall Street” actor “not good in bed.”

In a since-deleted TikTok video uploaded by Star on May 13, the 32-year-old was said to have hooked up with the “Titanic” actor. “My aunt and uncle are Julianne and Derek Hough. They were on like ‘World of Dance‘, ‘Dancing with the Stars’,” the teenager, who is behind the Starwise00 account, claimed. She then spilled, “My aunt has slept with Leonardo DiCaprio.” Offering more details, she added, “Apparently, he’s not good in bed, though.”

Star insisted she was “not lying” at the top of her video that went viral as it reached over 7 million views. She told the viewers, “You can look it up.” When participating in a challenge that encouraged people with famous relatives on the video-sharing platform to share their experience, Julianne’s niece also went on to mention other famous faces she has met through her “America’s Got Talent” judge aunt. She dropped names including Nina Dobrev, Nikki Reed, Ian Somerhalder and Ben Barnes.

Both Julianne and Leonardo have never publicly confirmed their relationship. However, the famous pair were once spotted getting “cozy” at Coachella in 2013. “They flirted up a storm,” a source told Star magazine at the time. The source detailed further, “They were putting their hands all over each other. At one point he whispered something in her ear and gave her a quick kiss on the cheek.” The insider also said, “They were so into each other, they ignored everyone else around them.”

Julianne herself is currently reported to have a romantic relationship with Ben Barnes. Back in January, the pro dancer was spotted out with the Logan depicter on “Westworld” and caught on camera enjoying a “flirty” ice cream date with him. At the time, the two were seen ordering their ice cream at Salt & Straw in Los Angeles.

A source informed E! News that they were “very friendly” and “very flirty” during the outing. They also lightheartedly debated over who would pay for the cones and tasted each other’s scoops after they got the orders. The pair were also seen laughing and smiling when they headed to the parking lot.