Julie Chen is standing by her man. The Big Brother host showed support for her husband, Les Moonves, on the CBS reality series after he was fired from the network.

Chen, 48, signed off the live-eviction episode on Thursday, September 13, by saying, “From outside the Big Brother house … I’m Julie Chen Moonves. Goodnight.”

In the show’s 20-season history, she has always referred to herself simply as “Julie Chen.”

The TV host has not appeared on The Talk since the news of Moonves’ exit broke on Sunday, September 9. “She’s taking off time to be with her family. It’s very embarrassing and upsetting to have to talk about her husband,” her Talk cohost Sharon Osbourne told viewers during Monday’s show. 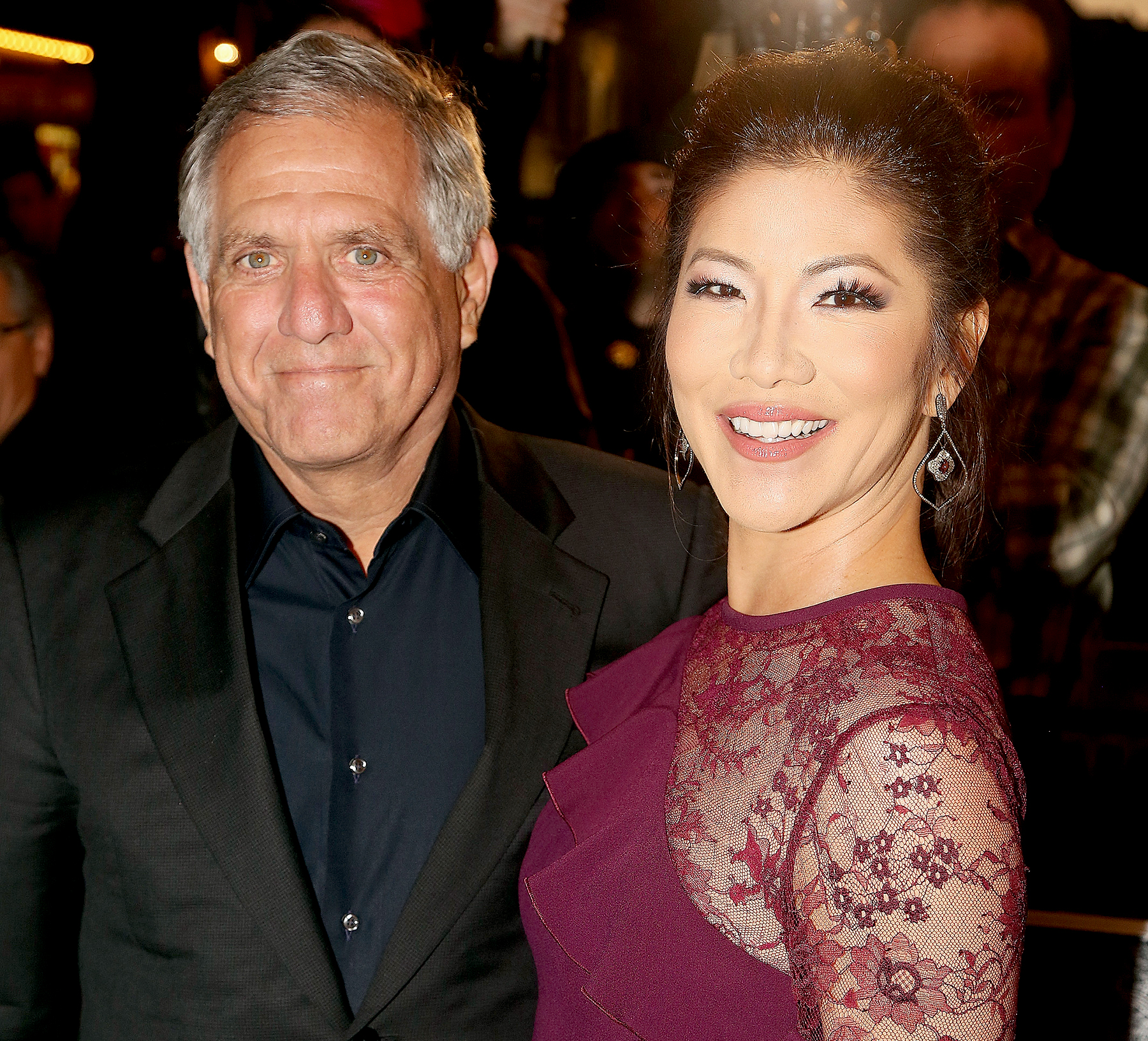 Moonves, 68, was first accused in July, when The New Yorker published a report in which six women accused the CBS CEO of sexual misconduct. At the time, Chen shared a statement on Twitter: “I have known my husband, Leslie Moonves, since the mid-90s, and I have been married to him for almost 14 years. Leslie is a good man and loving father, devoted husband and inspiring corporate leader. He has always been a kind, decent and moral human being. I fully support my husband and stand behind him and his statement.”

However, six additional women came forward with more claims on Sunday, which ultimately led to CBS’ decision to let the CEO go, as well as donate $20 million to organizations working with the #MeToo movement.

Moonves has continuously denied the claims made against him. On Sunday, he said in a statement that he was “deeply saddened” to be leaving the network.

“For the past 24 years it has been an incredible privilege to lead CBS’s renaissance and transformation into a leading global media company. The best part of this journey has been working alongside the dedicated and talented people in this company. Together, we built CBS into a destination where the best in the business come to work and succeed,” the statement read. “Untrue allegations from decades ago are now being made against me that are not consistent with who I am … I am deeply saddened to be leaving the company. I wish nothing but the best for the organization, the newly comprised board of directors and all of its employees.”

Chen and Moonves have been married since 2004 and share 8-year-old son Charlie.